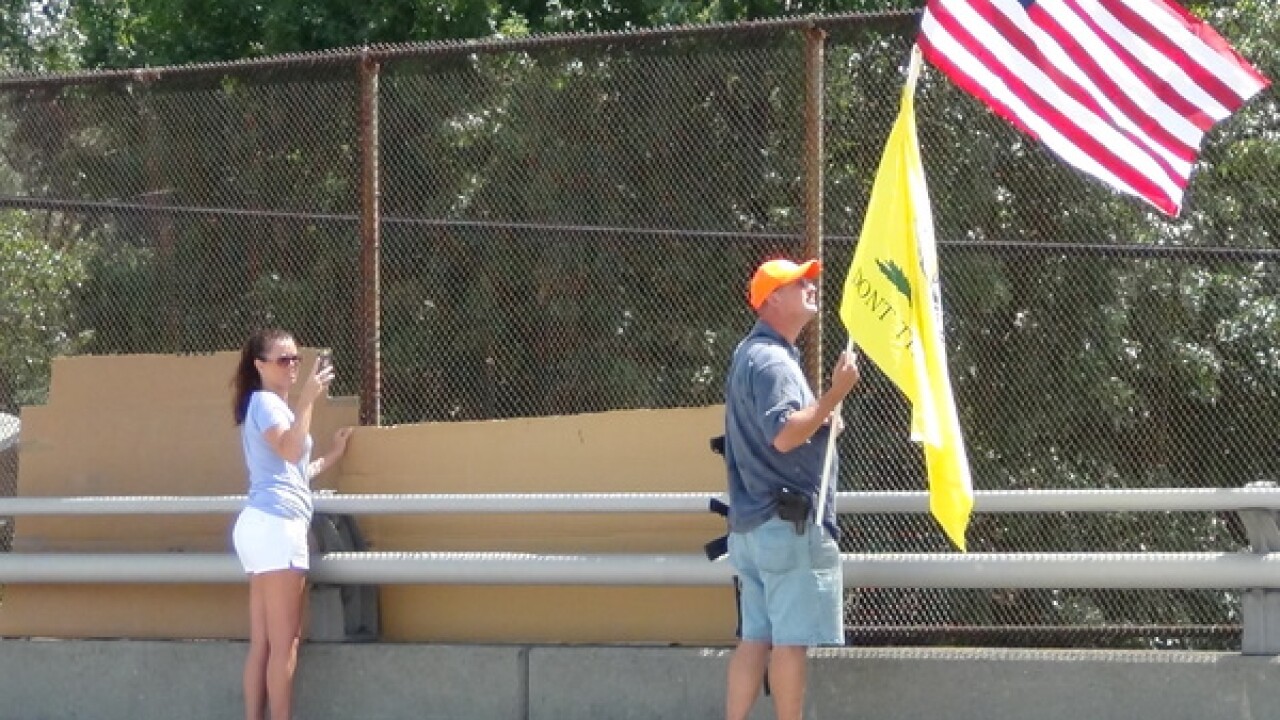 HOPEWELL, Va. (WTVR) – A local Tea Party member has been protesting perched above busy overpasses, with his assault rifle and semi-automatic handgun in plain sight.

Tea-partier Brandon Howard is a member of the Tri-Cities Liberty Alliance.

“We have a tyrant in office right now; he thinks he’s a king.”

"If we don't exercise these rights, the rights have no value,” Howard proclaims.

On Monday, Howard strapped his assault rifle to his back, a semi-automatic handgun to his waist and stood on the I-295 overpass on River Road in Hopewell, holding up an Impeach Obama sign.

He said the guns were loaded during the demonstrations. The group did its Impeach Obama display on Sunday in Colonial Heights without incident, and Howard had a loaded gun.

Not only is Howard packing heat over the busy overpasses, he was also just feet from Ft. Lee in the city of Hopewell. But he doesn’t think that scared anyone.

"…We’re a nation of laws; the law of Virginia is that I can carry my weapon openly."

"There was about five or six officers,” he recollects, and "they had their weapons out, trained on me."

The Hopewell police chief says no charges will be filed against Howard, and an investigation is underway to determine if officers acted appropriately.

Holmes ruling addressed the opposition of free speech and "clear and present danger.” Thus, even if citizens have the right to free speech, falsely yelling fire could incite panic and create danger. The ruling was later overturned by a 1969 case that limited the scope of banned speech to that which may incite lawless action.

We asked Howard if he escalated the demonstration for publicity. He said “no.”

"If you're a sworn officer to uphold the law, it might make sense to know the law you're trying to uphold,” was his retort.

The Hopewell Commonwealth's Attorney tells the police chief that in this case, Howard was within his rights. However, if someone had been hurt or he had caused a big disruption, it's possible that charges could have been filed.