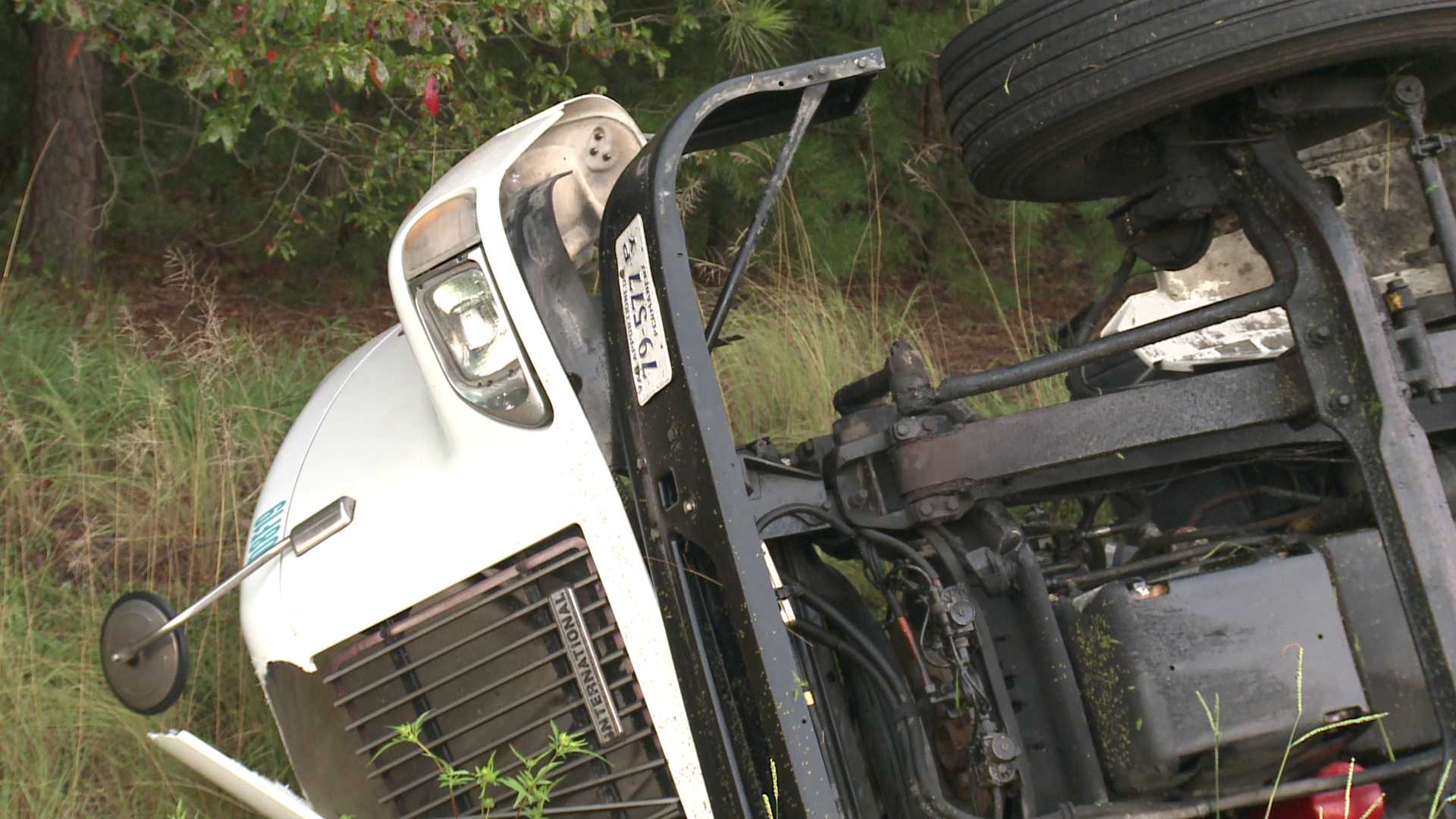 HENRICO, Va. (WTVR)–A truck traveling on the on ramp from Interstate 64 westbound to 295 northbound somehow ran off the road and overturned in the right shoulder.

According to state police that CBS 6 spoke to on the scene, the driver was transported to VCU medical center to get checked out. The trooper said that they would be on scene for a while because there was stone or slate or some sort of granite in the trailer that is very heavy.

Traffic on 295 northbound was not affected except for onlooker delays. The on ramp was shut down to one lane but the right lane and shoulder were closed.

VDOT says that motorists can expect potential delays due to the accident. The north right shoulder is closed.

The right lane from I-64 west to I-295 north is closed. We will post more information as it becomes available.