PETERSBURG, Va. (WTVR) -- Police are investigating a shooting in Petersburg that caused the driver of a pickup to crash into a hotel Monday afternoon.

Petersburg police told CBS 6 News' Jon Burkett that officers received a call for shots fired along Washington Street near Interstate 95 near around 1:45 p.m.

Investigators said three vehicles were driving down Washington Street when gunfire broke out. The driver of a white pickup truck was struck.

In a split-second, the lives of two families changed.

The victim, who made a right and drove into the Broadway Inn and Suites, clipped the back of a minivan with two children inside before crashing into a rotunda-like structure at the motel.

The driver was rushed to Southside Regional Medical Center. His condition is unknown. The children were also taken to he hospital as a precaution.

Police, who were interviewing witnesses at the scene, said it appears the victim was not the intended target of the shooting. Burkett said there were at least three bullet holes in the victim's truck. One was the driver’s side door and two were in the rear of the extended cab.

The truck riddled with three bullet holes was towed from the motel entrance.

Petersburg police say there appears to be no connection between shooter and victim.  "Nothing indicates that this individual was involved," said Maj. Bill Rohde.

Petersburg police say three different vehicles had been traveling west on East Washington.  Police believe the occupants of one vehicle opened fire, hitting the driver of the pick-up who then veered to his right, clipping the back end of a minivan with a dad and his two young children inside, before slamming into the entrance of the Broadway Inn and Suites.

"I'm very fed up with this happening.  All the time, there's mishaps like this,” said Jaffry, who manages the Broadway Inn and says the violence and destruction are getting old.  "People here are habitually shooting  [each other]."

Petersburg police believe the man driving the pick-up was not the intended target.

"I drive across the bridge every day," said cab driver Rickey Etterson, who says "I don't know" isn't very comforting at all.  "I could've been hit, my family or friends could've been hit.  It's scary.  People have no consideration for people’s lives, you know."

Both I-95 Washington Street entrance and exit ramps were temporarily shutdown while police looked for shell casings.

Petersburg police have a few witnesses, but ask if you heard or saw anything in that area Monday, call Crimesolvers at 861-1212.

Check back with WTVR.com and watch CBS 6 News for the latest on this developing story. 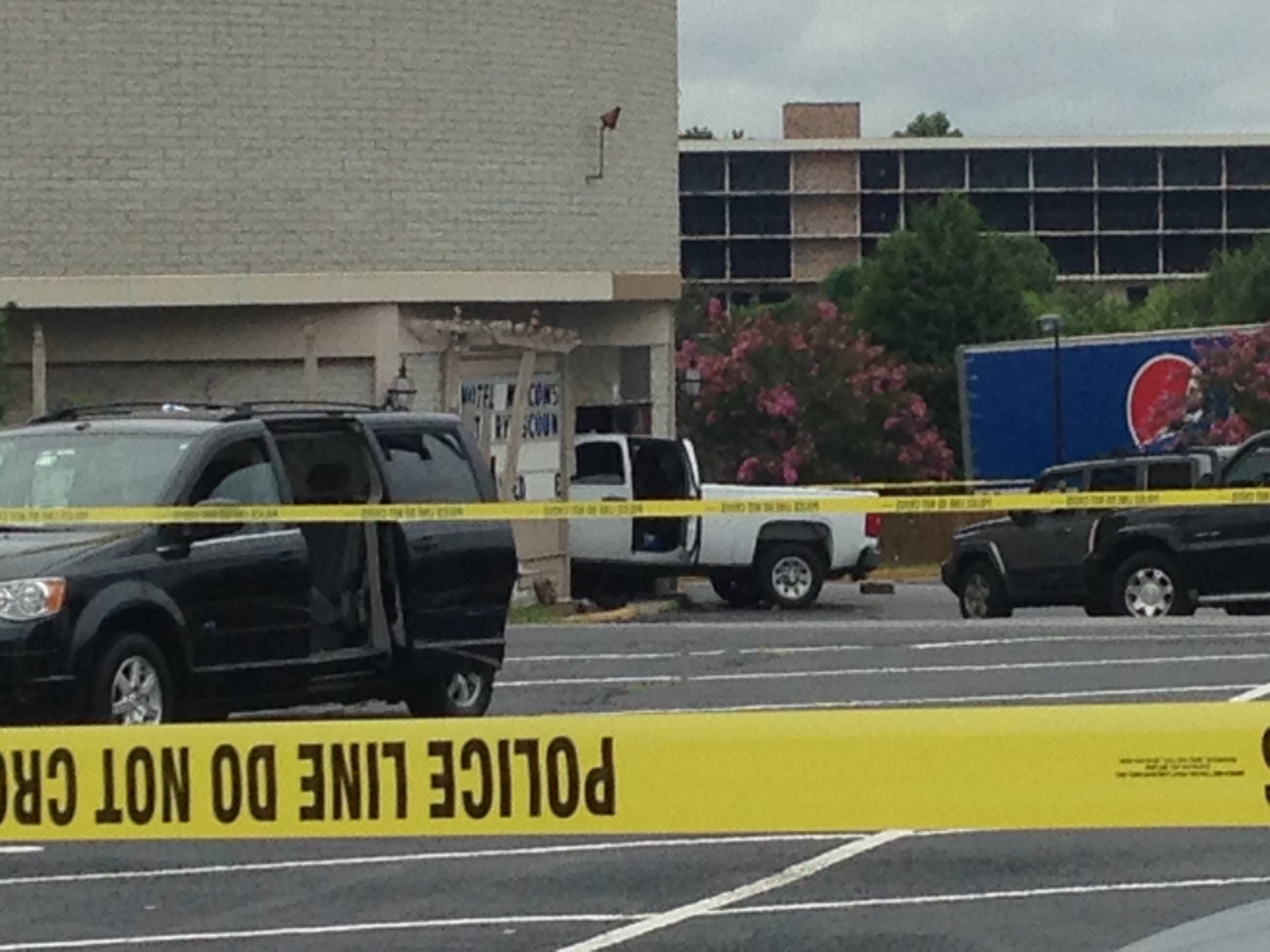