Byrd, 98, served as Virginia’s U.S. Senator from 1965 – 1983. He moved to Washington to replace his father in the U.S. Senate when the elder Byrd resigned due to health reasons.

Prior to becoming a U.S. Senator, Byrd Jr. served in the state senate.

Known as a independent voice in Virginia politics during his nearly 40 years in office, Byrd remained a fixture in his hometown of Winchester. 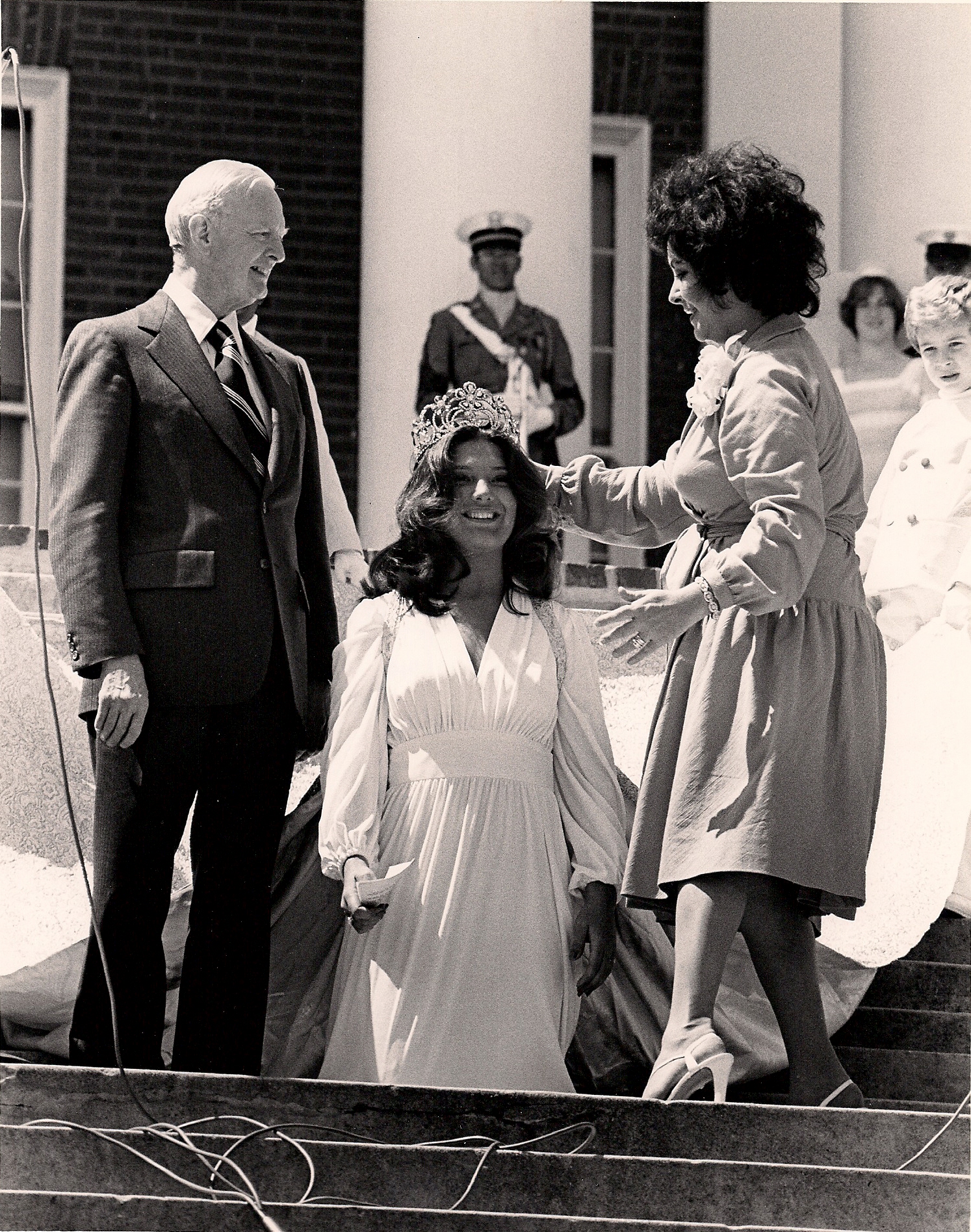 Byrd served as honorary grand marshal for the Shenandoah Apple Blossom Festival parade this year. Rosenberger recalled Byrd missed just two festivals since 1924, saying Byrd was unable to get away for the festival while a cadet at Virginia Military Institute.

Rosenberger, who recently met with Byrd about the 2013 festival, said he was amazed by the man’s memory. He said Byrd still read 12 newspapers a day to keep himself updated on current event.

Byrd, whose family owned newspapers, was at times both an editor and publisher of The Winchester Star and Harrisonburg’s Daily News-Record.

Virginia politicians expressed their feeling upon learning about Byrd’s death.

“This morning, Harry F. Byrd, Jr., America’s oldest living former senator, passed away at his home in Winchester. This is a sad day in the Commonwealth. A chapter of our history has concluded; we’ve lost a good and decent person and a dedicated public servant,” Governor Bob McDonnell (R – Virginia) said in a statement. “I had the great opportunity to visit with the senator several times over the past few years at his home. His mind was sharp, and he was quick with stories from growing up in Virginia’s Executive Mansion in the 1920’s to his experiences as the first person ever elected and re-elected to the United States Senate as an independent. The senator was rightly known for his civility, candor and wit, and those attributes remained with him until the very end. As governor, there were a number of times I would receive a carefully handwritten letter from the senator, well into his 90’s, letting me know how he felt about legislation and policy discussions in Richmond. He lived to participate in the public discourse and he cherished democracy and civic engagement. That was the common thread that ran from his time in public office to his editorials and columns in The Winchester Star and The Harrisonburg Daily News-Record.”

“Anne and I join all Virginians in mourning the passing of Harry Byrd Jr. Few families have dedicated as much to our Commonwealth as the Byrds,” Senator Tim Kaine (D – Virginia) said in a statement. “Harry carried on that tradition as a lieutenant commander in the U.S. Navy during World War II and an elected representative in both the Virginia legislature and the U.S. Senate. One of the highlights of my time as governor was hosting Harry and his adult grandchildren at the mansion where he told stories from his boyhood.  His civil manner and commitment to public service will be missed. Our thoughts are with his family and friends during this time.”