HENRICO COUNTY, Va. (WTVR) — Officials are looking for an exhibitor to take in the small alligator discovered near a Highland Springs neighborhood.

If that does not happen, the reptile will likely be euthanized since it cannot be released back into the wild, according to Virginia Department of Game and Inland Fisheries spokesman Lee Walker. He said the foot and a half long American alligator is not native to Central Virginia and he believed someone once owned it as a pet.

“Incidents like this and the resulting death of unwanted pets is the direct result of an irresponsible pet owner,” Walker wrote in an email. “The Department would like to stress that before you purchase or obtain an animal, you become educated on state and local regulations governing native and exotic wildlife, as well as understanding the responsibility of pet ownership, such as the how long the animal will live and how large it will grow.”

Someone spotted the alligator around 5 p.m. Wednesday behind a home along the 400 block of Lee Avenue.  The house backed up against the Chickahominy Swamp. 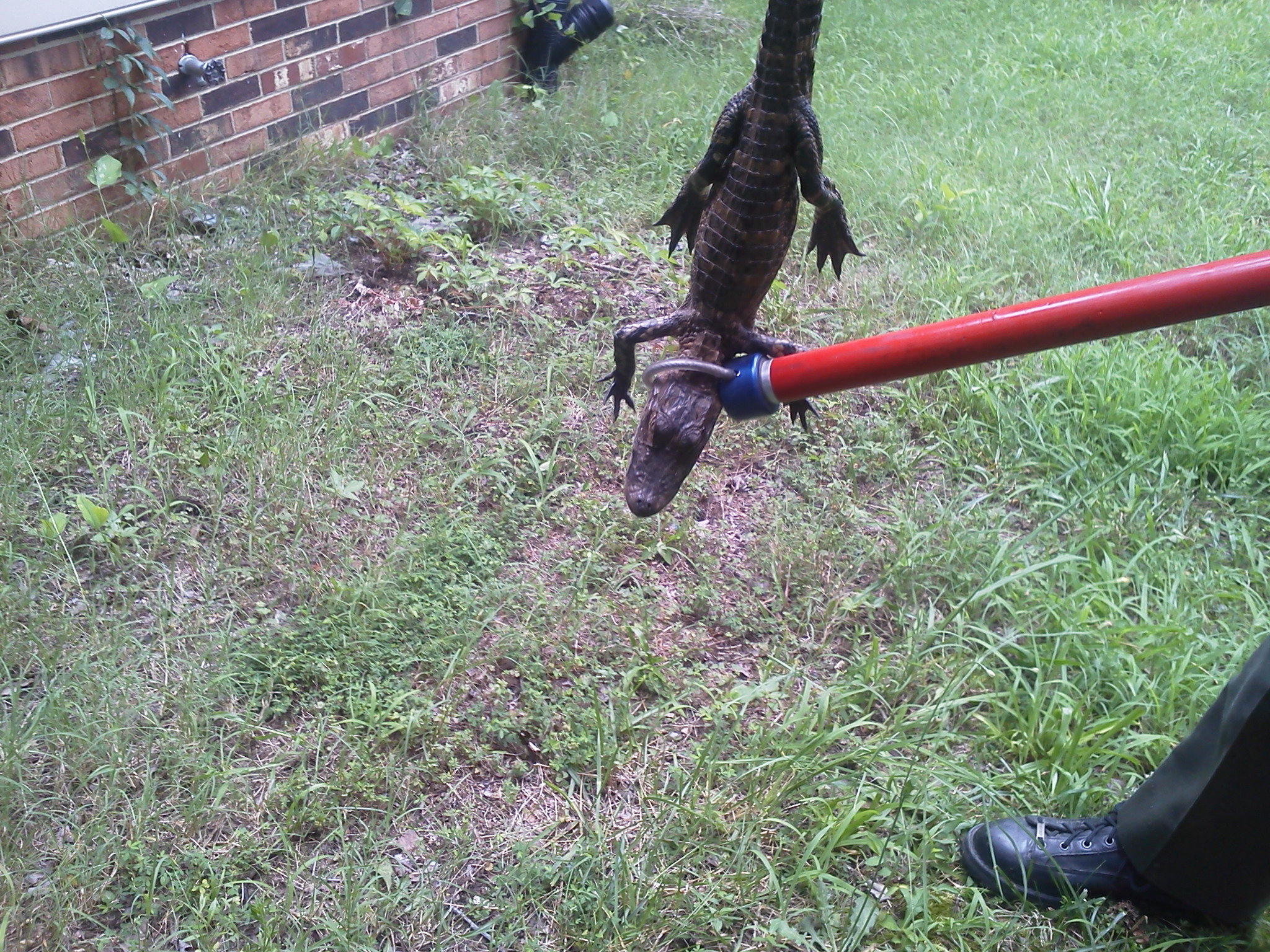