ESSEX COUNTY, Va. (WTVR) -- Police have identified the pilot involved in a small, not fatal plane crash in the 500 block of Rollins Lane Saturday.

Police were called to the scene just before 8:15 p.m. Saturday after the pilot experienced an engine failure and was trying to land at the Tappahannock-Essex County Airport.

The pilot, 54-year-old Paul B. Boulden of Mechanicsville, was not able to make it to the airport and deployed an airplane parachute system before crashing into several trees.

There were four adult males on board who were traveling from Salisbury, Maryland en-route to the Hanover County Municipal Airport in Virginia at the time of the crash.

The passengers included three 54-year-old males.  Two were from the Richmond area, and the other was from the Northern Virginia area.

According to the Federal Aviation Administration website, the plane was last registered to Appendix R Solutions (ARS). Based in Innsbrook, ARS provides fire protection engineering services to nuclear power plants, according to the company's website.

The FAA and NTSB were contacted and are assisting with the on-going investigation. 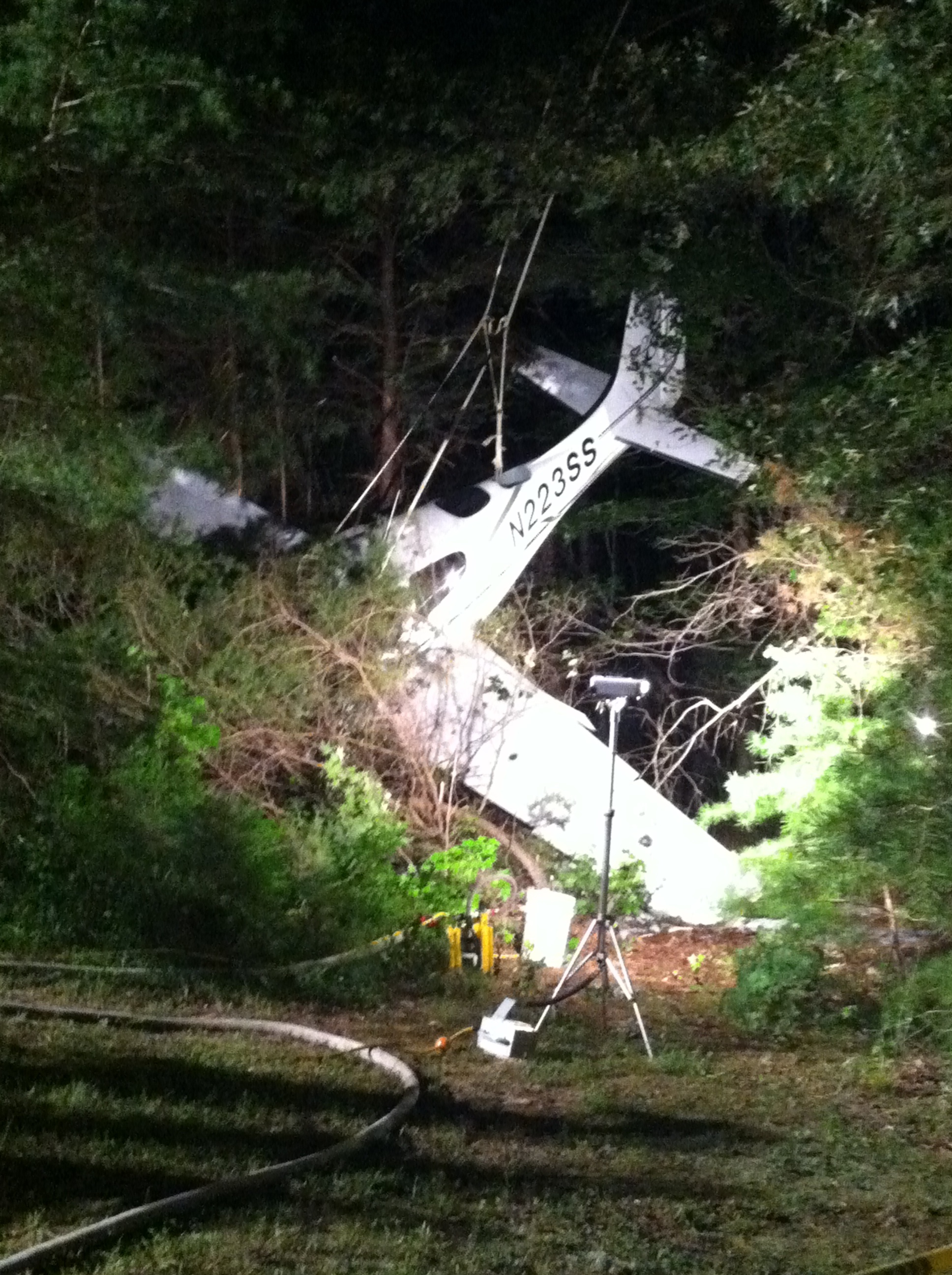