RICHMOND, Va. (WTVR) - A stolen SUV hit a GRTC bus near McGuire Veterans Hospital in South Richmond, according to Richmond Police Capt. Harvey Powers. Powers said Richmond Police were attempting to stop the SUV at the time of the crash. [Scroll down for more] 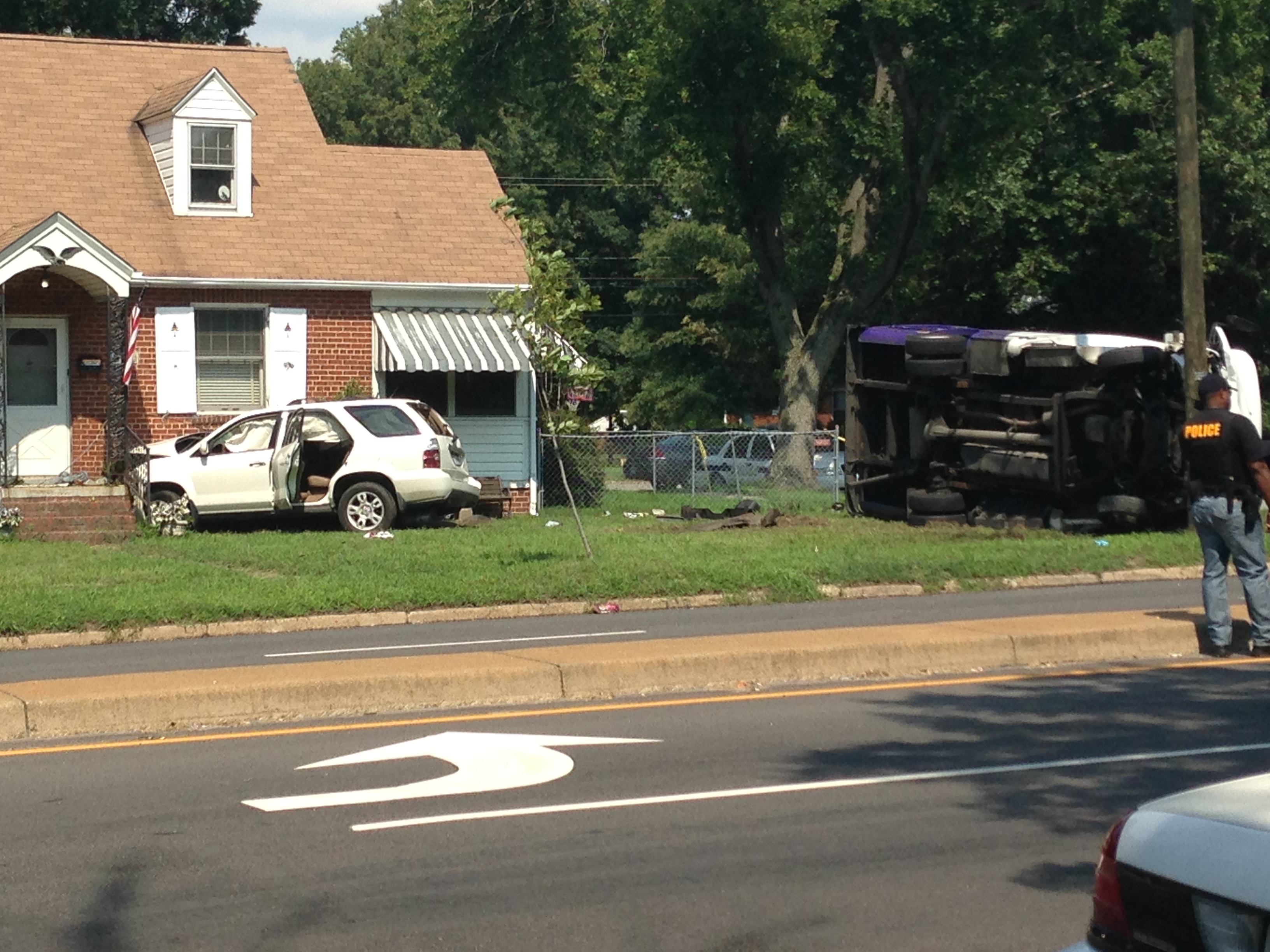 After the crash, the SUV ran into the front porch of a home on Belt Boulevard. CBS 6 reporter Chelsea Rarrick said no one was in the house at the time of the crash. The impact also caused the bus to overturn.

Five people, three people in the SUV and two people in the bus, were injured in the crash. The extent of the injuries is not yet known.

Police say 2 units were called about stolen vehicle. Police tried to stop this SUV then it collided w/GRTCvan @CBS6 http://t.co/EqU26JoKBS

Belt Boulevard between Hull Street and Broad Rock Road is closed in both directions at this time. Police expected the road to remain closed for several hours while officers investigate.

TRAFFIC ALERT: Belt Blvd in front of McGuire Veterans Hospital between Hull & Broad Rock is CLOSED in both directions for a crash #rva

We are investigating a traffic crash w/ injuries that has shut down Belt Blvd in BOTH directions btwn Hull & Broad Rock. Avoid the area #rva