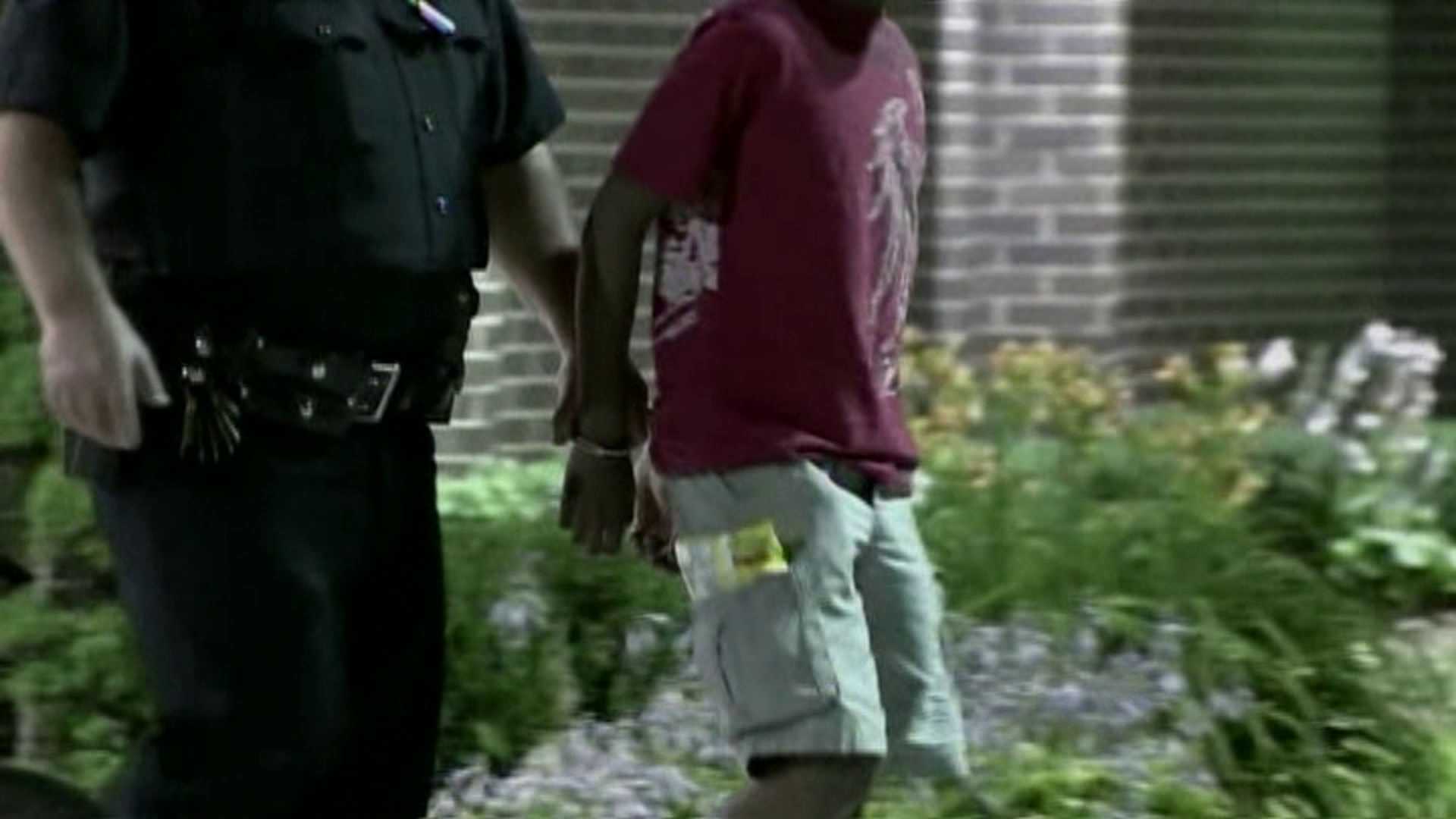 (CNN) – A 12-year-old in Michigan boy was caught red-handed allegedly trying to rob a Bank of America branch in suburban Detroit Police lead the child out of the bank in Southfield in handcuffs.

Officials said the child rode his bike to bank and used it to smash in the front door.

The surveillance company said they could see the child on video walking around the bank.

The child is accused of collecting rolled coins and miscellaneous cash from a teller’s drawer.

Police said when he was detained the kid was very calm and more concerned about the snacks he had taken with him to the bank.

Click here to read more about this story on ClickonDetroit.com.