PHOTOS: Interested in going on a luxury beer vacation?

But as “microbrews” have become “craft beers” in recent years, the level of sophistication surrounding beer culture has also been elevated.

While the proletarian potable is still most commonly found guzzled in sports bars and on front porches, the United States is now filled with exclusive beer-themed getaways that are as upscale as the wine-iest holiday.

From cushy resorts that have a brewpub on site to working brewery farms with bespoke lodging, “beercations” combine relaxing destinations exalting the endless combinations derived from water, malt, yeast and hops.

Here are 10 ways to experience the world of ritzy suds. 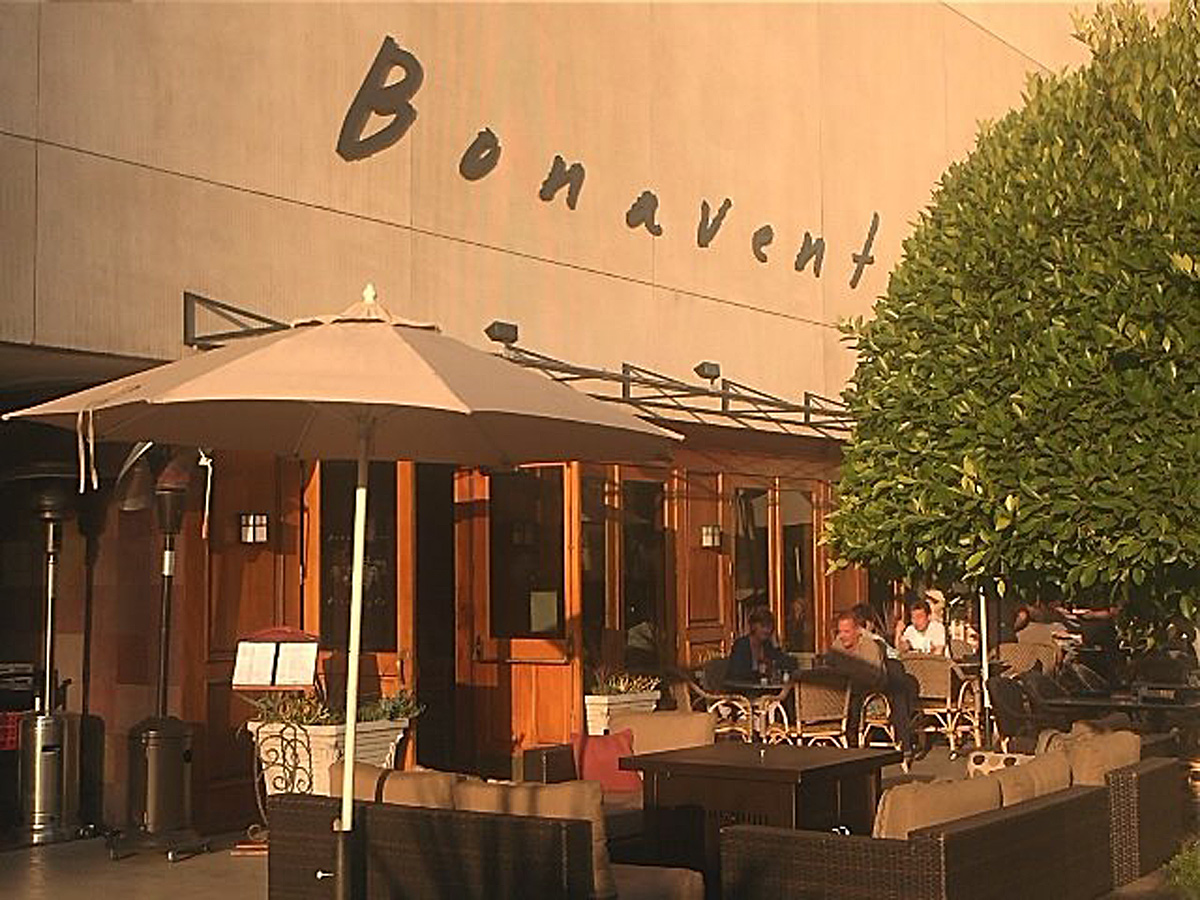 In the center of White Mountain National Forest’s recreational wonderland is a combination brewery and inn that’s quickly outgrown its modest roots.

After 17 years serving house-made (and award-winning) favorites such as Pig’s Ear Brown Ale and Pemi Pale Ale, Woodstock Inn Brewery is expanding into a new building that will house a bottling line and event space.

Comprised of six buildings spread throughout North Woodstock’s downtown area, each of the inn’s 36 rooms is designed with rustic furnishings and home-style décor inspired by the breathtaking scenery surrounding the small town.

Book a trip during frequent Brewer’s Weekends and you’ll get an all-inclusive, beer-themed holiday complete with beer-pairing dinners, commemorative swag and a full day in the brewhouse learning how beers are made.

While Maria von Trapp’s memoir on the Trapp Family Singers was being fictionalized into the Rodgers and Hammerstein musical “The Sound of Music,” Maria, “The Captain” and their clan were busy welcoming guests to their Trapp Family Lodge in snowy New England.

There’s been one important addition — a lager brewery.

Trapp Lagers was the brainchild of Johannes von Trapp, the only son of Maria and Georg Ritter von Trapp who, along with Johannes, helmed the resort for decades.

In 2010, Johannes followed through on a longtime dream and built a traditional Austrian microbrewery that makes helles, amber and dunkel lagers year-round for the lodge’s guests.

With a major brewery expansion in the works and a Beer Lover’s vacation package on the menu, you can visit the Alps (sort of) without leaving the States.

Like its namesake English city, Norwich has a long established brewing tradition.

When the Norwich Inn was founded in 1797, there were no commercial breweries in the state — beers were made in small batches at taverns and served to guests such as future president James Monroe, who dined here while on a horseback tour of the then-frontier.

The inn’s beer history was revived in 1993 when a microbrewery was built on site and Jasper Murdock Ales was born.

A mile and a half from Hanover, New Hampshire, the historic Dartmouth area hotel has 38 rooms across three buildings, all outfitted with fireplaces, warm towels and WiFi.

For the full beer effect, you can visit during the annual Brewer’s Weekend or stay anytime with the “Ales at the Inn” package (your night’s stay comes with a pour, a bottle and a commemorative glass by which to remember it all).

The Lodge at Woodloch, Hawley, Pennsylvania

In what may be a first for both the wellness and craft beer industries, this globally recognized spa and resort has rolled out a series of suds-inspired spa treatments that blend stress remedies with ingredients from beers made by one of the East Coast’s top breweries.

In addition to standard body scrubs, massages, facials and salon services offered at this lavish spa set on 70 acres in eastern Pennsylvania’s Pocono Mountains, there’s now a special package of treatments created in collaboration with the owner of Dogfish Head Brewery in nearby Delaware.

Visitors can stay in one of the Lodge’s veranda suites or a neighboring family friendly resort, with spa options including the Royal Revival (a hops, barley and honey exfoliation, plus beer bath inspired by Dogfish Head’s Midas Touch ale) or the Mud and Suds Pedicure, a beer foot soak paired with a glass of its muse brew, Palo Santo.

In the 150 years since Cornish lead and zinc miners fled Mineral Point in search of California gold, cheap rents and peaceful surroundings have made the place a haven for artists and craftsmen.

So when Minneapolis expats Jeff and Deb Donaghue launched their Brewery Creek project in 1998, they allowed themselves some creative room, with three businesses in mind.

First is the Brewery Creek Inn, which occupies two restored cottages on historic Shake Rag Street and five rooms in a converted 1850s limestone warehouse off the town’s main drag.

Second is Brewery Creek Brewing Co., a craft brewery located in one of the inn’s buildings.

Third is the Brewery Creek pub and restaurant, a local watering hole and almost year-round kitchen that serves seasonal brews and fare.

The oldest brewpub in Texas is also the state’s first B3, a term coined by vacationing beer geeks who noticed a growing number of B&Bs with attached breweries.

Fredericksburg Brewing Co. likes to call its invention a “bed and brew” — 11 individually styled rooms poised just above the restaurant, a night’s stay that entitles you to four free samples of house-made beer.

Though other breweries have since moved into this Hill Country town, this German-inspired B3 maintains a top-notch beer selection with a helles lager, porter and red ale that consistently garner medals at national and international competitions.

After a night in the Admiral’s Quarters or Cowboy Room, you can stay cool in the brewpub’s climate controlled beer garden or browse historic downtown Fredericksburg — where sidewalk consumption is legal — while knocking back a fresh beer.

What the tiny city of Saratoga lacks in population it makes up for in locally made beer.

Buried inside the massive Saratoga Resort and Spa is the Snowy Mountain Brewery, one of the oldest brewpub operations in the state.

In 2009, after a several year hiatus, during which its brewing equipment lay dormant, the resort’s owners hired brewmaster Steve Simpson. It has since maintained a steady tap list of nine house beers, from Saratoga witbier to Citra IPA.

Whether you stay at the resort during Wyoming’s short summers or harsh winters, you’ll have your pick of outdoor activities from hunting, fishing and golfing to cross-country skiing and ATV adventuring. You can also soak in Saratoga’s natural hot springs, which are corralled on the grounds into a public 70-foot pool and four smaller teepee-covered pools.

When the Bonaventure Hotel opened in downtown Los Angeles in 1976, it was considered the pinnacle of postmodernism.

An oasis of luxury in the center of urban LA, the building features a central atrium flanked by four clovered-room wings and walkways lined with specialty shops, boutiques and restaurants serving food from around the world.

Amid the opulence and global grandeur sits the Bonaventure Brewing Co., a brewpub on the hotel’s fourth-floor outdoor pool deck.

In 1998, the hotel’s proprietors crane-lifted a 10-barrel brewery onto the property and turned Bonaventure’s poolside restaurant into Downtown LA’s only brewpub.

Today, as the city’s craft beer options grow with the national trend, BBC (as it’s known locally) remains a brewing bastion, sitting so far removed from street level that many Angelenos don’t even know it exists.

But get a room at the luxury hotel and enjoy a Marathon pale ale on The Patio (an outdoor lounge with unparalleled views of the surrounding city) and you’ll feel at home with the Hollywood elite.

Mike and Brian McMenamin are known throughout the Pacific Northwest for taking the definition of “pub” to its most impressive extremes.

In addition to restaurants that serve McMenamins’ custom beer, and brewpubs where that beer is made, they’ve also converted elementary schools into multibar compounds, and turned various old properties into music venues, hotels and family friendly resorts built around golf courses and soaking pools.

Their most ambitious project was one of their earliest — Edgefield was an old farm that had fallen on hard times.

In 1990 the brothers turned it into an expansive home for the company’s upscale and experimental attractions.

A 20-minute drive from downtown Portland, Edgefield has a distillery, winery, brewery, spa, movie theater and outdoor music venue, in addition to 10 restaurants and bars, two three-par golf courses, gardens, a gift shop and several live-in artisans whose clay and glasswork are available for purchase.

Edgefield has become locally popular as a site for weddings, and the summer concert series (Stevie Wonder, Adele, Sigur Ros, among others have played) has an enormous following.

With so much to do at Edgefield, it’s hard to know where to begin, but grabbing a pint of Hammerhead ale and wandering through one of America’s most unique beer-centric destinations is a good start.

Visitors explore the grounds and taste brewed-on-site beers from the exclusive Grow Your Own series.

The farm — which also has a pumpkin patch, vegetable garden and scores of animals — is located on nearly 50 acres adjacent to the Willamette River, making day trips from Portland or Salem a cinch.

For full immersion in the day-to-day operations of an environmentally sustainable beer operation, Rogue Farm’s Hop ‘N Bed, a new B&B inside the property’s 100-year-old farmhouse, gives guests access to facility tours, as well as the tasting room overlooking land that for multiple generations has grown some of the world’s most sought after hops.

Directions to Rogue Farms are available by land, air and sea, letting you plot your trip by private plane, kayak or car. Valet is free for cyclists and horse riders.