The wreck, which was near the Dickens Road entrance ramp, shut down the interstate’s east center lane, right lane and exit ramps just after 3 p.m.

Police said two male suspects robbed a victim at gunpoint in a parking lot at Dickens Road and W. Broad Street. The suspects then took off on W. Broad Street and then headed for eastbound I-64.

That’s when police said the suspects’ car crossed from the far left lane in an attempt to make a sudden exit onto Dickens Road. However, the getaway car struck another vehicle in the center lane.

Police said the crash caused minor injuries and that a person of interest in the robbery has been detained .

As of 4:30 p.m. I-64 eastbound was backed up from Dickens Road west to near Parham Road.

Officials said drivers should avoid I-64 east coming into the city.

Stay with WTVR.com for the latest on this developing story. 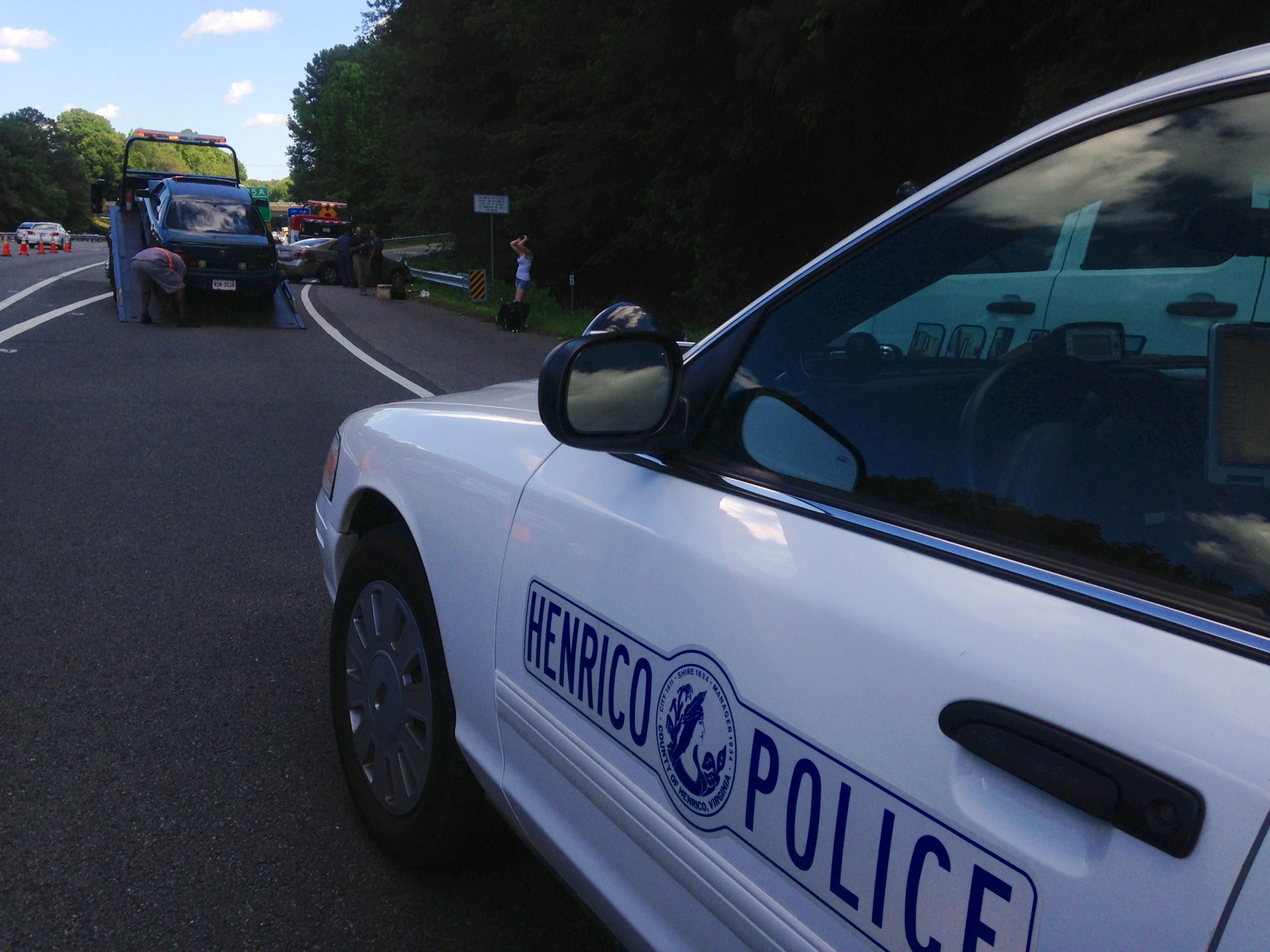