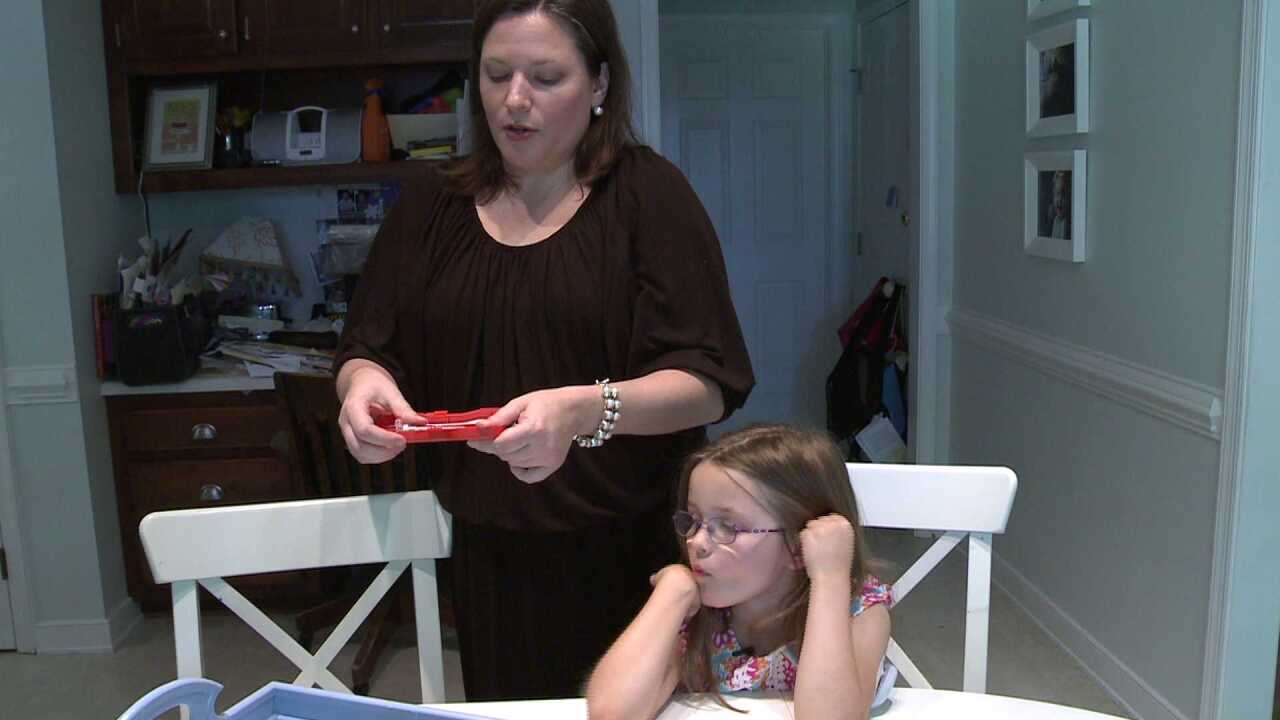 CHESTERFIELD COUNTY, Va. (WTVR)--One year after the death of a seven-year-old Chesterfield student at school, who died from a food allergy, two Chesterfield families are speaking out, saying the school district failed to ensure their children’s safety at school.

The Waehner and Strictland families say they pulled their children out of Swift Creek Elementary School this week because the school district refused to show them documentation that they had trained personnel on site to provide crucial medical care for their children.

Seven-year-old Lily Waehner and 10-year-old Hannah Strictland both have Type I diabetes, and wear insulin pumps to regulate their blood sugar levels.

Pediatrician Eric Freeman, M.D., says children, even those who use insulin pumps, are at risk of life threatening conditions if their insulin levels aren’t properly administered.

“Because if the infusion is not going properly, if they get too much of that continuous insulin or too little, it could tremendously impact how their blood sugar is controlled,” Freeman says.

Both students have an individual education plan, also known as a 504 plan, to ensure their safety at school. The state code of Virginia requires that two employees be trained in the administration of insulin and glucagon, a lifesaving injection for emergencies.

The plans also requires that personnel receive no less than four hours of training, and must show a demonstration of competency.

Lily’s mother, Catherine Martin, says she and her husband, Greg Waehner, confronted the school’s principal after learning about the change of personnel.

A spokesperson for Chesterfield County Schools could not confirm the investigation because of personnel matters.

Martin says she demanded an emergency meeting with officials last week after learning of the situation to ensure that other trained personnel was being brought in to replace the RN and nurse’s aide, who were no longer at the school.

Both the Waehners and Strictlands say they were informed last Friday by the school’s principal that two trained clerical employees would be providing their children’s care for the remainder of the school year.  The principal also informed them that an RN would be available two days during the week.

However, both families say the school would not show them documentation that the workers were trained in compliance with the state code.

“They need a certified diabetes educator to come in and do training and if they have done that, they will not provide the documentation,” Strictland says.

However, Smith says the school district has always been in compliance with state code and considers student safety a top priority.

Smith also states, “that state law does not require a public health nurse to administer insulin and glucagon nor does it require a school administrator to be so designated.”

Both the Waehner and Strictland families say they don’t have a problem with who administers care to their child, they say they just want proof that the employees providing that care are properly trained and certified.

“This is our child, but it spans to more kids, to the safety of everyone,” Greg Waehner says.