YORK COUNTY, Va. (WTVR) – Investigators are looking for a man accused of committing a crime inside a Virginia Walmart store.

The man in the security pictures is accused of stealing a car battery from the Walmart on Rochambeau Drive last month, according to York-Poquoson Sheriff’s Office Lt. Dennis Ivey. Ivey said the man stole the battery after he got upset when store workers would not exchange a used battery he claimed to be broken for a new one.

Ivey said when the workers tested the used battery, it worked. So the man, according to Ivey, ditched his old battery in the Walmart sporting goods section, grabbed a new battery and walked out. 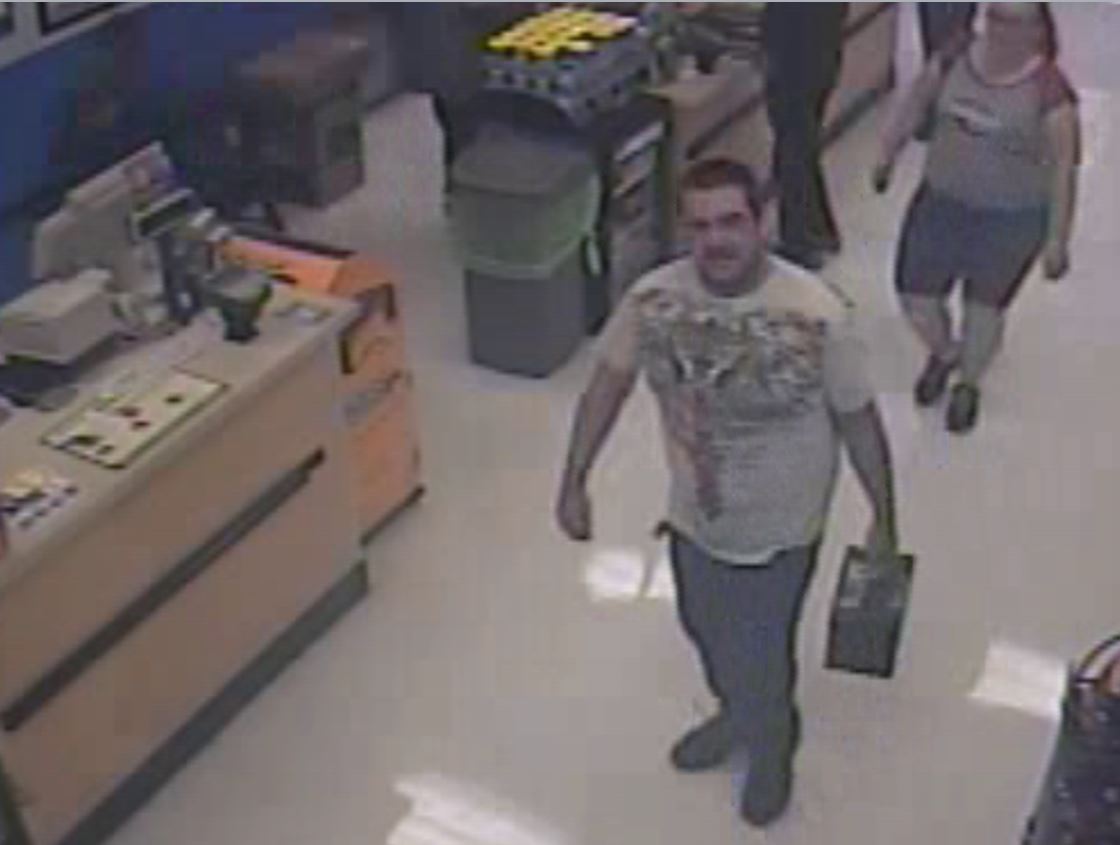 If you recognize the man and woman in these pictures, you are asked to call 1-888-LOCK-U-UP.