CHESTERFIELD COUNTY, Va. (WTVR) - Police charged a 15-year-old boy with reckless driving and driving without an operator's license after he drove a car into a Chesterfield County apartment, according to Chesterfield Police. No serious injuries were reported.

The teenager, who police said was learning how to drive, hit the gas instead of the brake and crashed into the downstairs apartment along the 7300 block of Southwind Drive in the Hampton Park neighborhood.

A 21-year-old woman, who police described as the owner of the car, is charged with allowing an unlicensed driver to operate a motor vehicle. 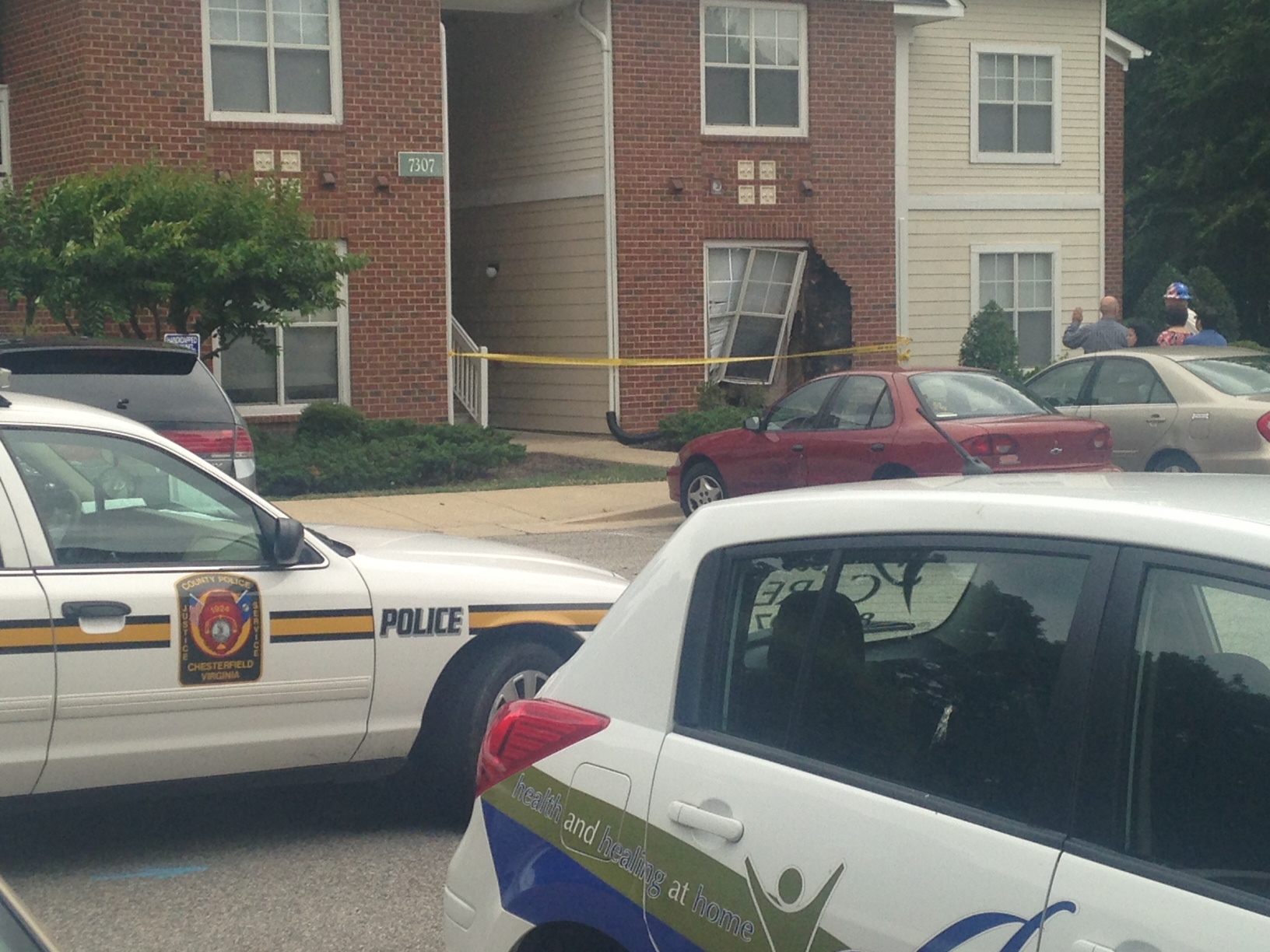 County building Inspectors are now working to determine if the apartment building is secure because the impact damaged a load-bearing wall.