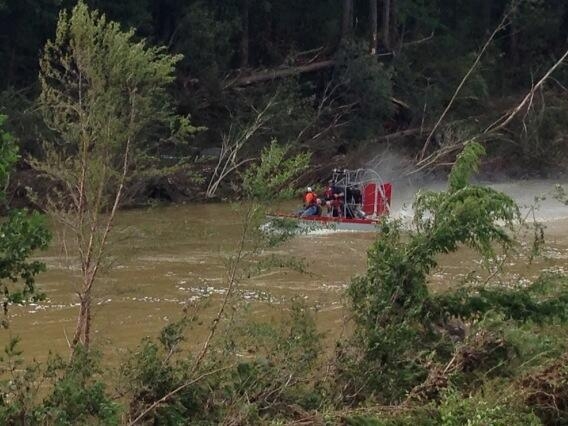 (CNN) — Arkansas authorities continued a search Saturday for a wildlife officer and two women who have been missing since Friday’s flood when the officer tried to rescue the two women, officials said.

The rescue attempt claimed the life of Scott County Sheriff Cody Carpenter, who along with the wildlife officer was trying to save the two women from a home deluged by floodwaters, said Keith Stephens, spokesman for the Arkansas Game and Fish Commission

The sheriff apparently drowned in the swift waters, Stephens said.

Scott County is about 150 miles west of Little Rock, near the Oklahoma border.

Western Arkansas was hit hard Thursday by a powerful storm that also delivered blows to parts of Oklahoma and other states.