FREDERICKSBURG, Va. (WTVR) – State Police expect Interstate 95 to reopen by 11 a.m. Friday morning. The southbound lanes of the interstate were shut down after 5 a.m. when two tractor-trailers collided in Stafford County, according to Va. State Police spokeswoman Corinne Geller.

Geller said one tractor-trailer rear ended another near where Route 17 merges into Interstate 95. One of the trucks was carrying "barrels of an organic, corrosive, liquid material" known as phosphoric acid, Geller said. The crash caused several barrels of acid to fall off the tractor-trailer and land on the interstate. 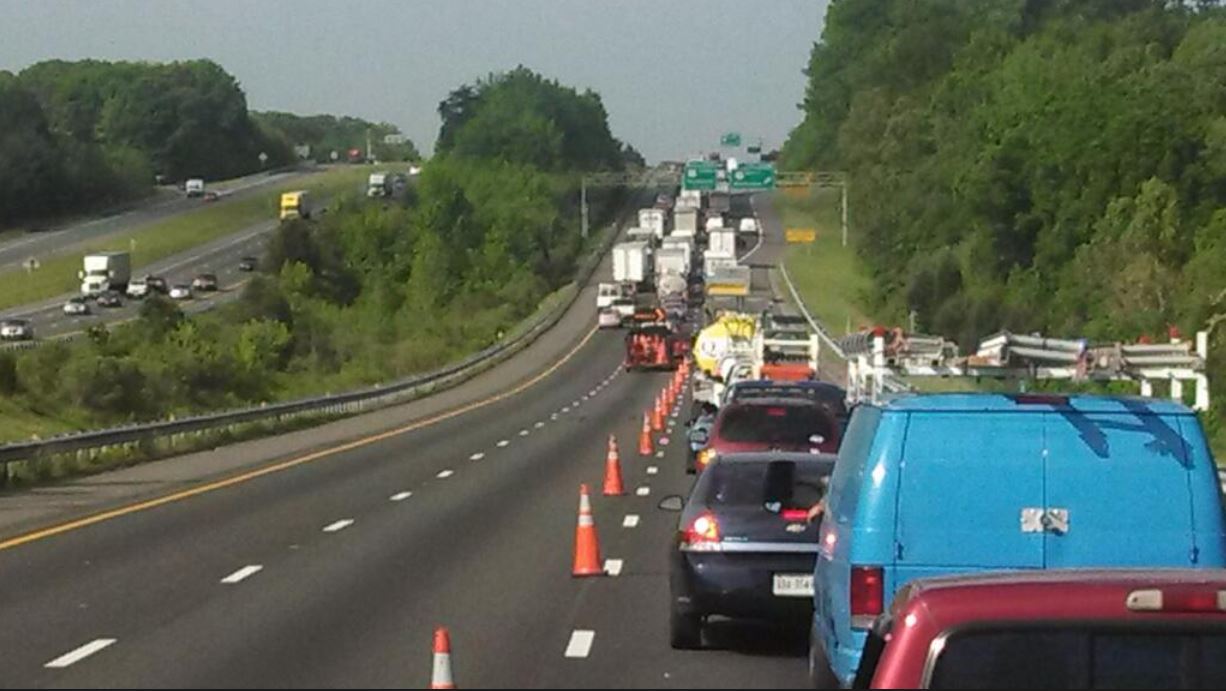