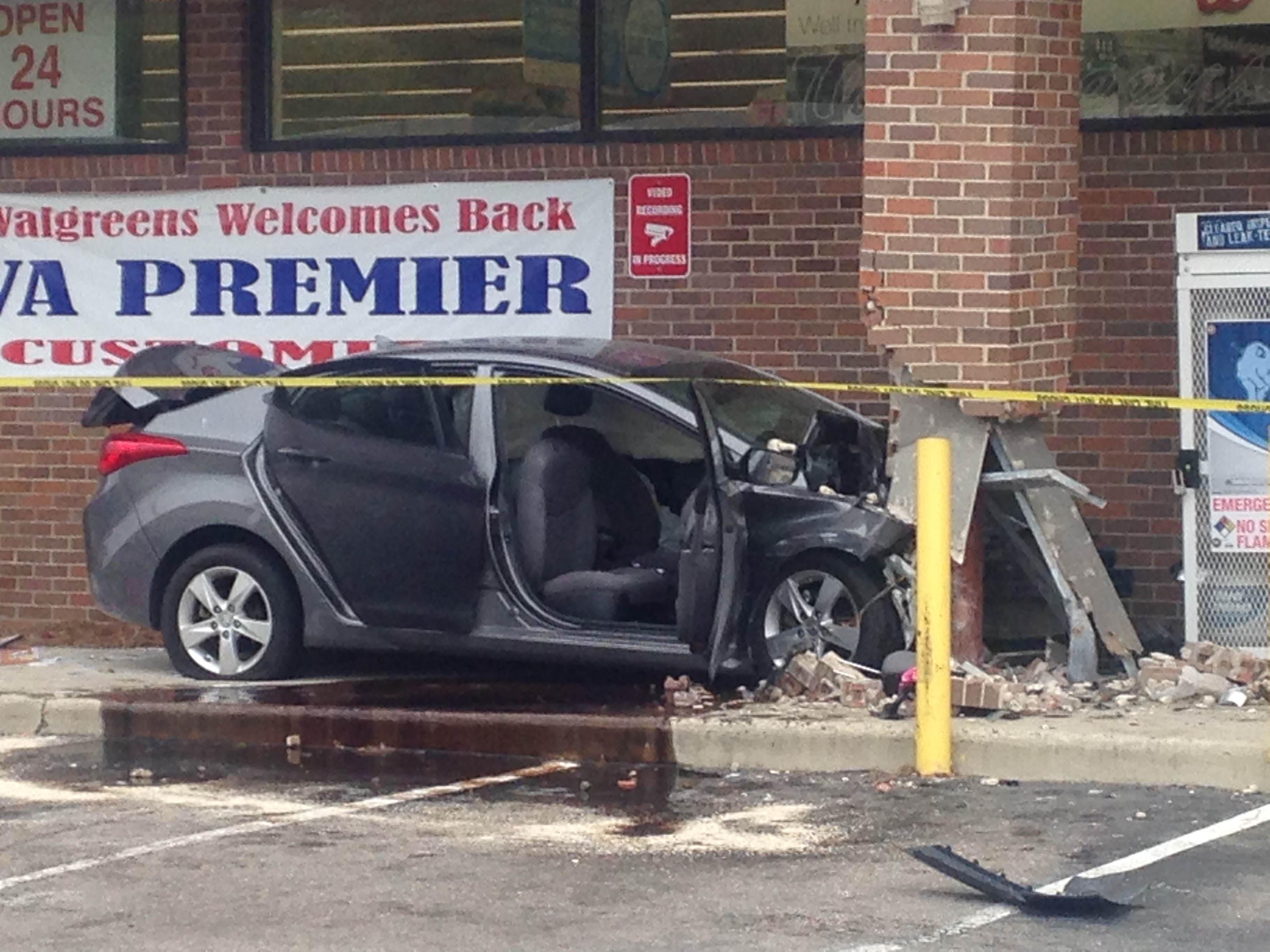 HENRICO COUNTY, Va. (WTVR) – Henrico Police charged the woman who drove her car into a West End Walgreens with DUI.

Police said Whitt was headed east along West Broad Street around 9 a.m. when her Elantra crossed over the three Westbound lanes near Bremo Road.

The vehicle traveled approximately one hundred yards eastbound in the westbound lanes of travel before entering the lot of the Walgreens at Libbie Avenue.

“The vehicle came to rest after striking a brick support beam and propane gas cage,” Henrico Police Lt. Kenneth Sperry wrote in an email. Sperry said that the  driver was transported to VCU/MCV with non-life threatening injuries.

The accident is currently under investigation by the Police Divisions Crash Team. A cause has yet to be determined.

Workers were allowed back into the building after the store was inspected by the county.