(CNN) -- Three women who went missing in separate cases have been found together Monday in Cleveland, Ohio, police said.

One of the women called 911 after breaking out of the house where she had been living.

"Help me, I am Amanda Berry," she said, her voice distraught and quick, according to an audio recording of the call released Monday night. "I've been kidnapped and I've been missing for 10 years. And I'm here and I'm free now."

A 52-year-old man has been arrested, Cleveland police said on their website.

The three women appeared to be in good health, police said.

"I am thankful that Amanda Berry, Gina DeJesus and Michele Knight have been found alive," Cleveland Mayor Frank Jackson said. "We have many unanswered questions regarding this case and the investigation will be ongoing. Again, I am thankful that these three young ladies are found and alive."

Angie Garcia, whose aunt lives across the street from where the women were found, said Berry ran over to the house Monday and begged to use the phone. Berry, who was wearing a wig, told the aunt who she was and then asked to use the phone to call 911. 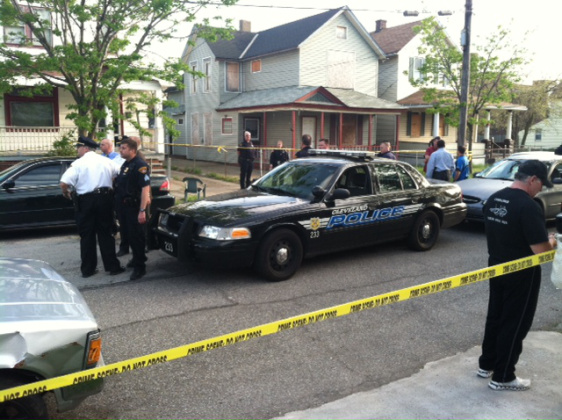 The women and two young children came out of the house across the street, Garcia said.

"We never saw the girls there and we were always outside," she said. "We only saw the guy."

Berry and DeJesus were in their teens when they disappeared in 2003 and 2004, CNN affiliate WEWS reported. Knight went missing in 2002, according to the Cleveland Plain Dealer.

WJW, who has a live blog up and running, reports that on April 21, 2003, 16-year-old Amanda Berry called her sister to tell her she was getting a ride home from work at the Burger King on West 110th Street and Lorain Avenue.

After that, she disappeared.

Searches and vigils have been held throughout the years to try and find the girls.

A press conference will be held Tuesday morning, police said.