Grover Prewitt, 50, of Bristow, has been arrested, but investigators expect more arrests in the coming days.

OSBI says it’s treating the deaths as triple homicide and Grover has been charged with accessory to first-degree murder for concealing the fact that three people were murdered and buried on family property, according to an affidavit.

Grover is being held on $500,000 bond at the Creek County Justice Center. 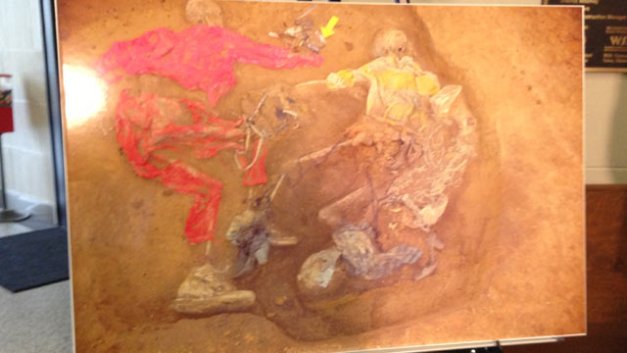 It’s a complicated case, one that, according to an affidavit, involves a family secret that’s been kept for two decades.

“Twenty-one years ago, these two women and this 6-year-old child were murdered and buried under 8 feet of dirt,” Lincoln County District Attorney Richard Smothermon said, pointing to a photo investigators released of the grave near Jennings.

Investigators are still waiting on DNA results, but they say clothing found on the skeletal remains matches what the three were last seen wearing.

Camp’s sister, Aisha Hashmi, says the way they were thrown into the ground was horrific.

“They never confirmed how they were killed, but you can plainly see the bullets,” Camp’s sister Aisha Hashmi said. “It just brings more questions of ‘how did they go? Who did they shoot first?’ It was really hard to see [the photo].”