HENRICO COUNTY, Va. (WTVR) – Two men were taken into custody after a “verbal argument” in the infield area of Richmond International Raceway “escalated into a physical altercation” near the Driver/Owner lot last night, according to Henrico Police spokeswoman Lt. Linda Toney. 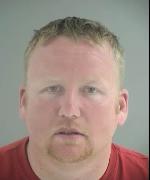 Both men were released from police custody early Saturday morning, Toney said. Both have pending court dates, she added.

Toney said one victim injured his shoulder in the assault that happened about 11:15 Friday night.  Another victim suffered a minor injury to his face.  The victims have yet to be identified.

CBS 6 sports director Lane Casadonte said there was a shoving match between two drivers at the end of Friday’s race, however police have not yet said whether that was the incident that lead to the assault currently under investigation. The Raleigh News and Observer reports the men charged with assault work for work for Richard Childress Racing.

Tens of thousands of NASCAR fans are in town for this weekend’s races. The ToyotaCare 250 NASCAR Nationwide Series Race was held Friday night at RIR.  Saturday night is the Toyota Owners 400 NASCAR Sprint Cup Race.