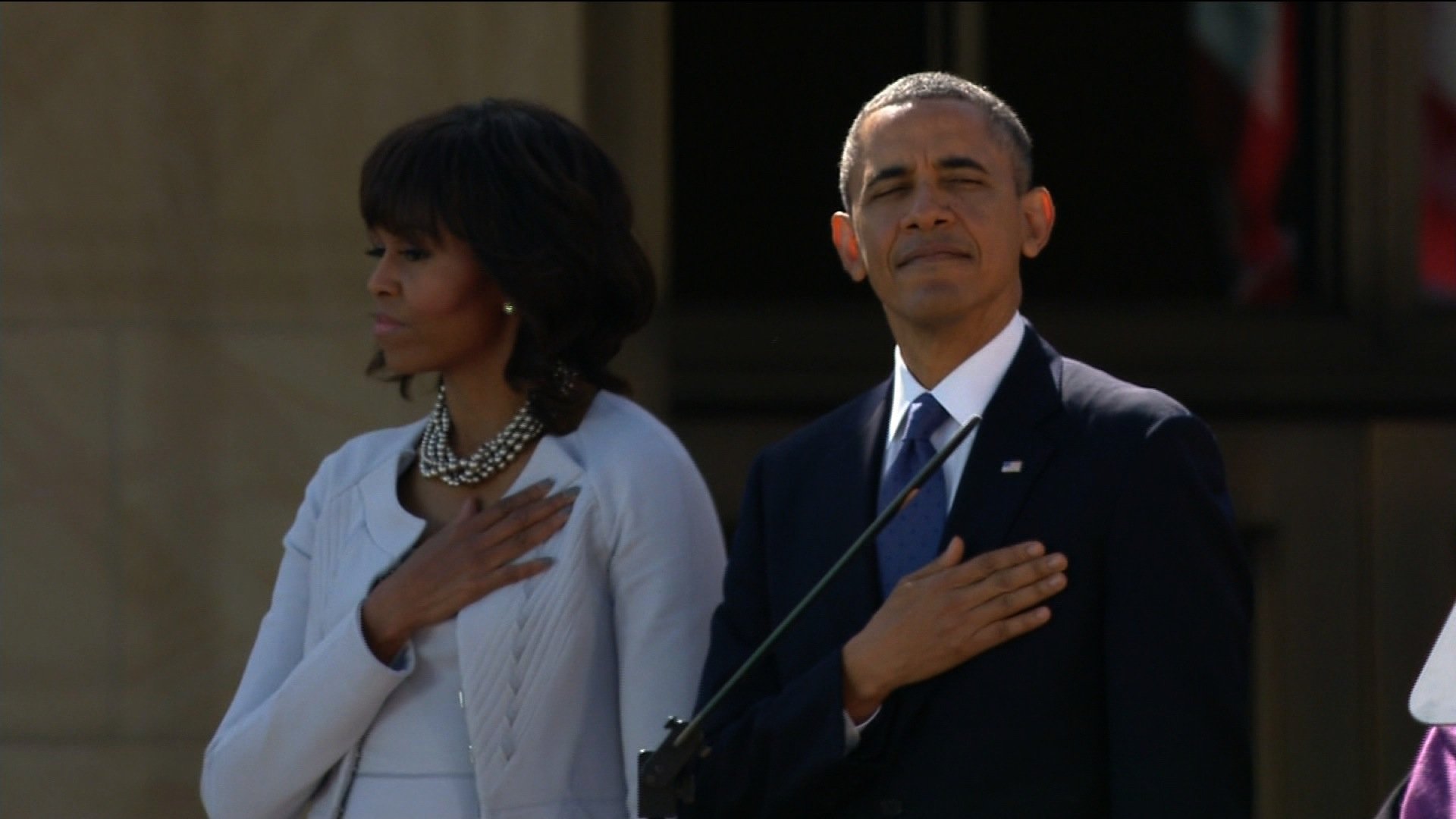 DALLAS (CNN) — Some may disagree whether George W. Bush was a “uniter, not a divider,” as he liked to say, but he did get all five living presidents together for the dedication of his presidential library.

At Thursday’s event in Dallas, Democratic former Presidents Jimmy Carter and Bill Clinton praised Bush for his initiatives in Africa.

Carter told a story of how he asked, on Bush’s inauguration day, for a meeting to talk about a civil war in Sudan that was entering its second decade. Bush kept his word, and acted, Carter said.

“In January of 2005, there was a peace treaty between north and south Sudan that ended a war that had been going on for 20 years,” Carter said. “George W. Bush is responsible for that.”

The center’s library and museum takes visitors through the turning points of Bush’s two terms. The first exhibits recall the 43rd president’s initial priorities on education, faith-based community initiatives and tax cuts. And they also show how the September 11, 2001, terrorist attacks changed everything.

At one exhibit, the bright red dress that first lady Laura Bush wore to her husband’s first state dinner, just six days before 9/11, stands in contrast to the next, most talked about artifact in the museum: the twisted hulk of two beams from the World Trade Center.

In an interview with CNN’s John King, the former president said he knows the center’s dedication will rekindle the debate about his presidency, and he conceded the library is in part an effort by him and supporters to influence history’s verdict.

But he predicted visitors would find it “more objective” than they might have imagined, and he showed little interest in revisiting flashpoints like Iraq, Hurricane Katrina or the 2008 financial crisis; or the scorn with which many look back at the Bush presidency.

“You know, I’m really not that concerned about why people did what during my presidency,” he said. “I’m more concerned about being an effective person for the rest of my life.

“I know this, that Laura and I gave the presidency eight years of our life. We gave it our all. Made the best judgment calls I could. I didn’t compromise my principles. And I’m a content man. And I am excited about what we’re going to do here.”

As the son of another former president, Bush said he wouldn’t mind seeing his brother, Jeb Bush, run for the highest office.

If he could make the decision for Jeb Bush, he would tell him to run for president, Bush said.

But in an interview Thursday on NBC’s “Today,” former first lady Barbara Bush said that while Jeb Bush is able to do the job, she would like to see other families in the White House.

“There are other people out there that are very qualified, and we’ve had enough Bushes,” she said.

In addition to the library and museum, the Presidential Center also includes the George W. Bush Institute, a public policy institute.