Semi hauling 75K pounds of squash wrecks on I-95 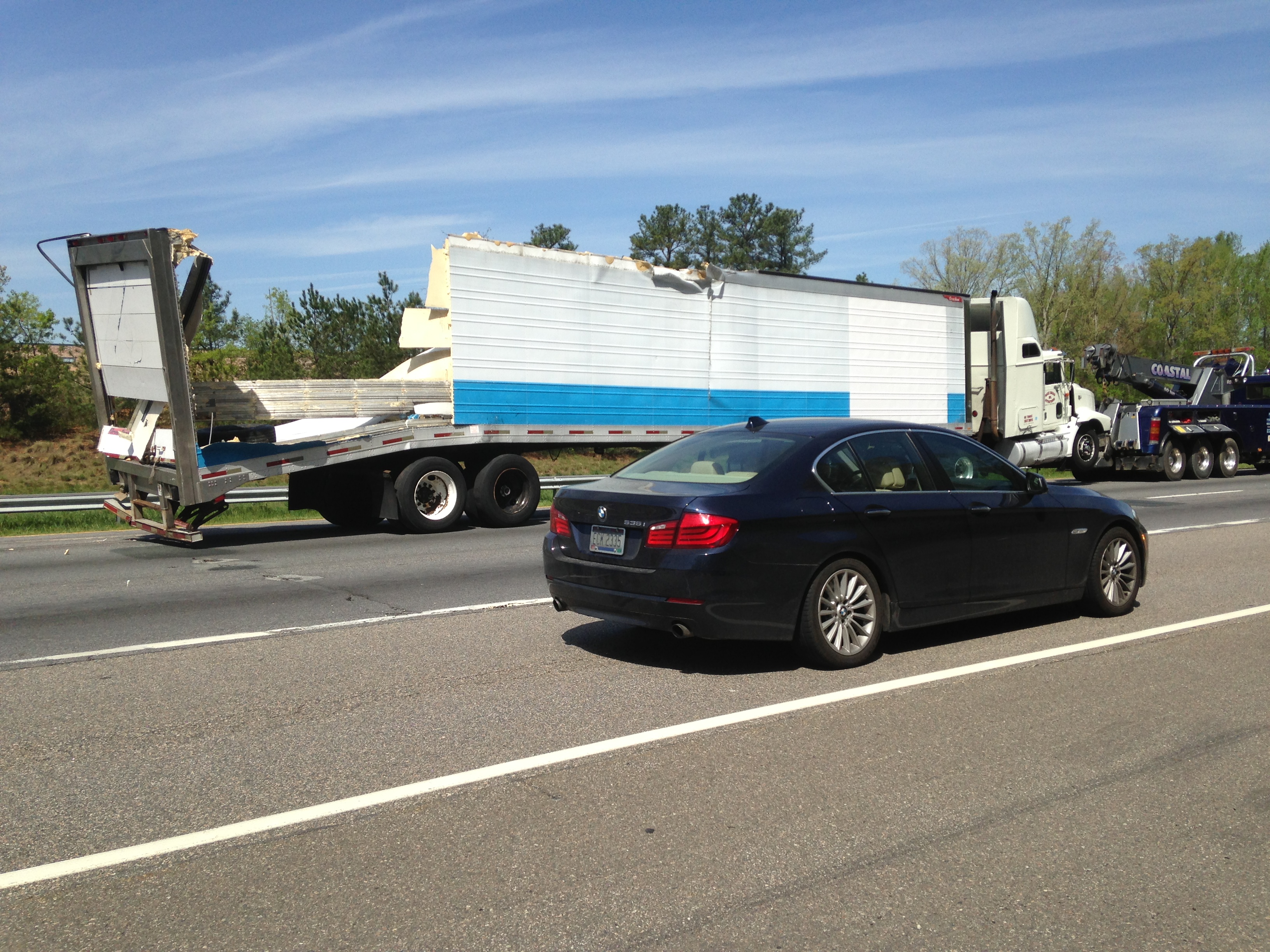 However, as of 1 p.m. all lanes of the interstate had reopened.

We are told shortly after 3:30 a.m. Sunday morning, Virginia State Police responded to a single vehicle crash involving an overturned tractor-trailer on Interstate 95 northbound south of exit 92 in Hanover County.

The crash occurred when the driver ran off the left side of the roadway striking the guardrail. The tractor-trailer then overturned onto the driver’s side and struck the overhead sign post that spans all of the northbound travel lanes.

The driver suffered minor injuries and was charged with reckless driving.

The trailer was loaded with 75,000 pounds of squash. The left and center lanes northbound are closed to allow for clean-up.