Police said the victim was robbed just after midnight on March 23 while she was was depositing money at the Bank of America ATM in the 8000 block of Villa Park Drive.

The two suspects, one of whom was brandishing a gun, ran up to the woman's car and demanded money, according to a news release.

Police said the victim tossed her deposit out the window, accelerated and managed safely get away.

Police said the pair scooped up the cash and ran off on foot. 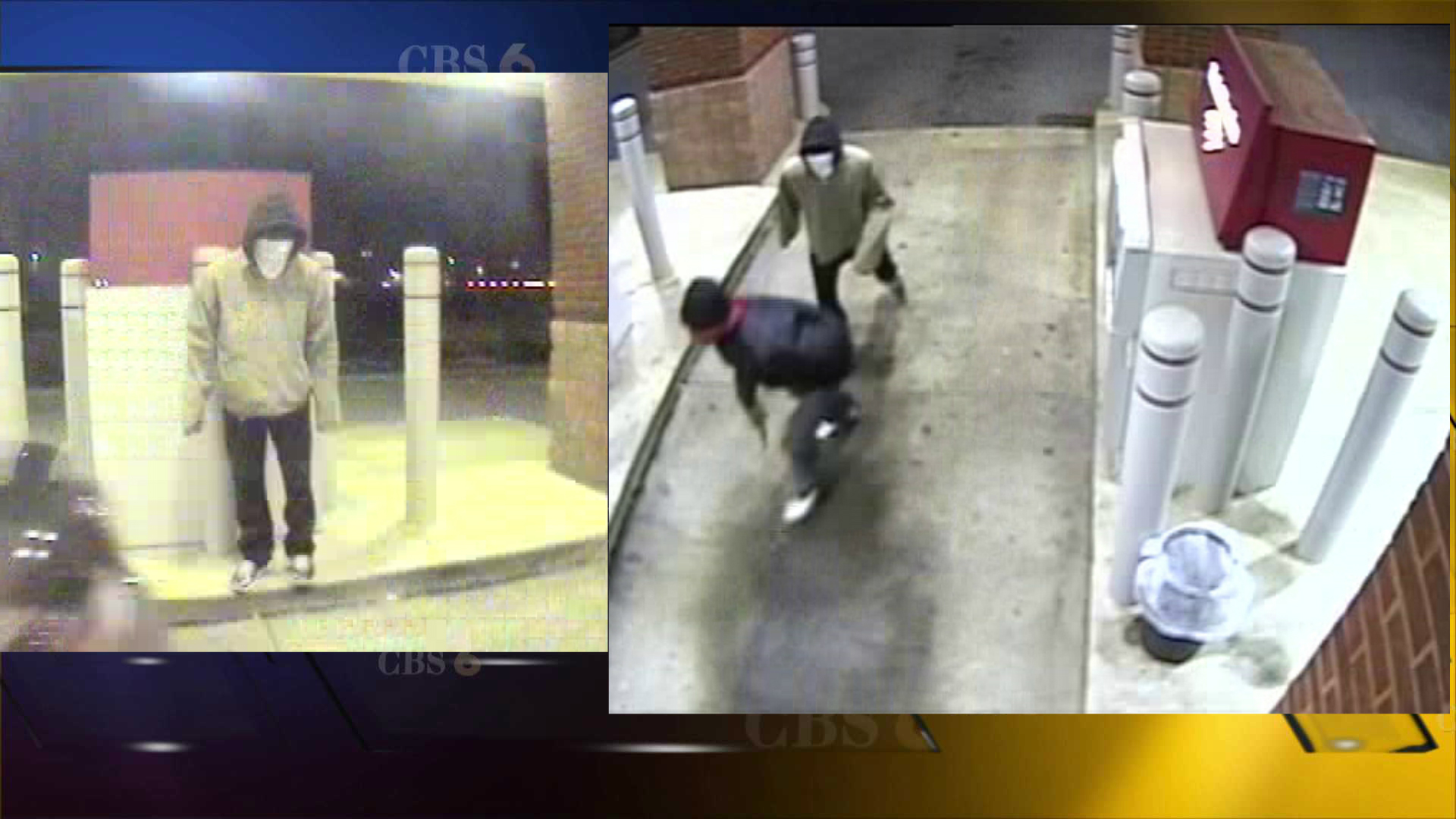