COLONIAL HEIGHTS, Va. (WTVR) — Charges have been filed against the driver of a car that crashed on Interstate 95 in Colonial Heights. The accident closed southbound lanes in that area for about an hour Thursday morning.

The driver, Barracus A. Fuller, 29, of Petersburg, was charged with felony eluding police, reckless driving – failure to maintain proper control, driving on a suspended license and making an unsafe lane change.

Fuller was held without bond at the City of Petersburg Jail pending his arraignment.

Police said a state trooper attempted to pull over the driver of a 2006 Cadillac near the Temple Ave. exit on Interstate 95 around 6:00 a.m. The driver did not stop, according to State Police spokesman Sgt. Thomas Molnar.

When the driver changed lanes, Molnar said the Cadillac hit the trooper's cruiser and flipped. The car came to a rest on its roof along the Appomattox River Bridge.

All lanes of Interstate 95 south reopened around 7:25 a.m.  Before the lanes reopened, VDOT advised drivers to use Route 301 south or I-295 south to avoid the incident. 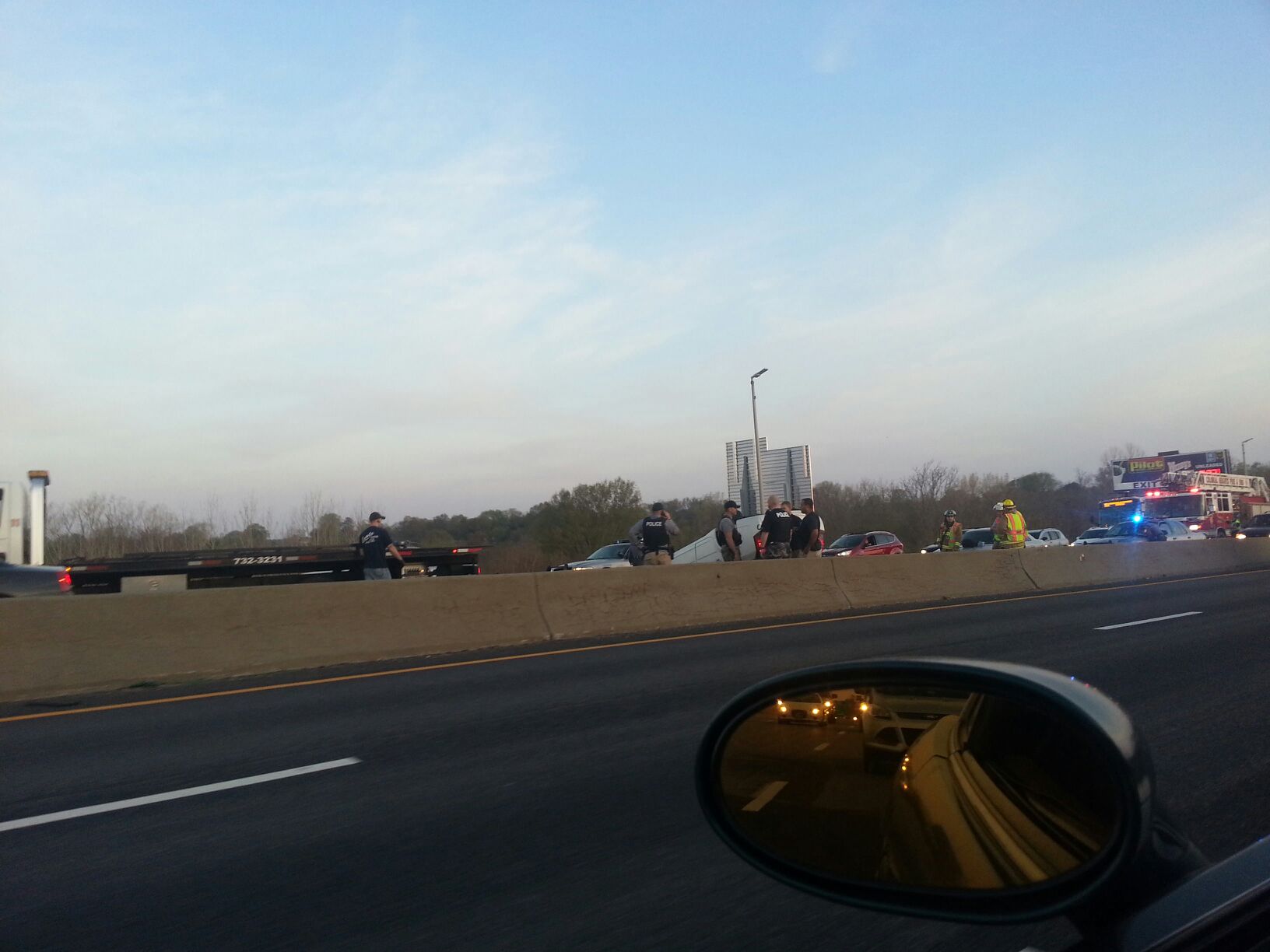