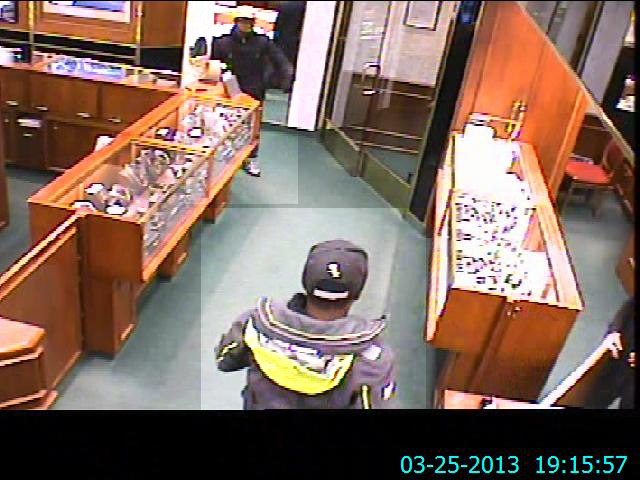 RICHMOND, Va. (WTVR)–The Richmond Police Department needs the public’s help to identify and find the men in the above photos who robbed a business at gunpoint Monday night at Stony Point Fashion Park.

This is the third jewelry store robbery at a local mall within five months. Police said that approximately 7:45 p.m. Monday night a group of three robbers made off with bags of jewelry from Fink’s Jewelers at the mall.

Police told CBS 6 News that three men entered the shop, two were armed. They quietly made their demands, with guns displayed.

There were three employees in the building at the time. A few witnesses outside saw the group run off. The group escaped with several bags of jewelry. No one was injured.

Detectives do not believe this robbery is connected to the one that occurred at the Stony Point Foot Locker on March 23. There will be increased patrols in that neighborhood, police said.

Anyone with any information about this crime is asked to call Detective William Cutshall at 646-1028 or Crime Stoppers at 780-1000.