POWHATAN, Va. (WTVR) – Area firefighters came to the rescue of some puppies earlier this week.

Members of the Huguenot Volunteer Fire Department in Powhatan rescued the 2-week-old puppies and four other pups after they became trapped under a shed on Monday.

All the puppies were taken to the vet and are doing well.

Powhatan Animal Control is now looking for a rescue organization to take the puppies until they are old enough to be adopted. 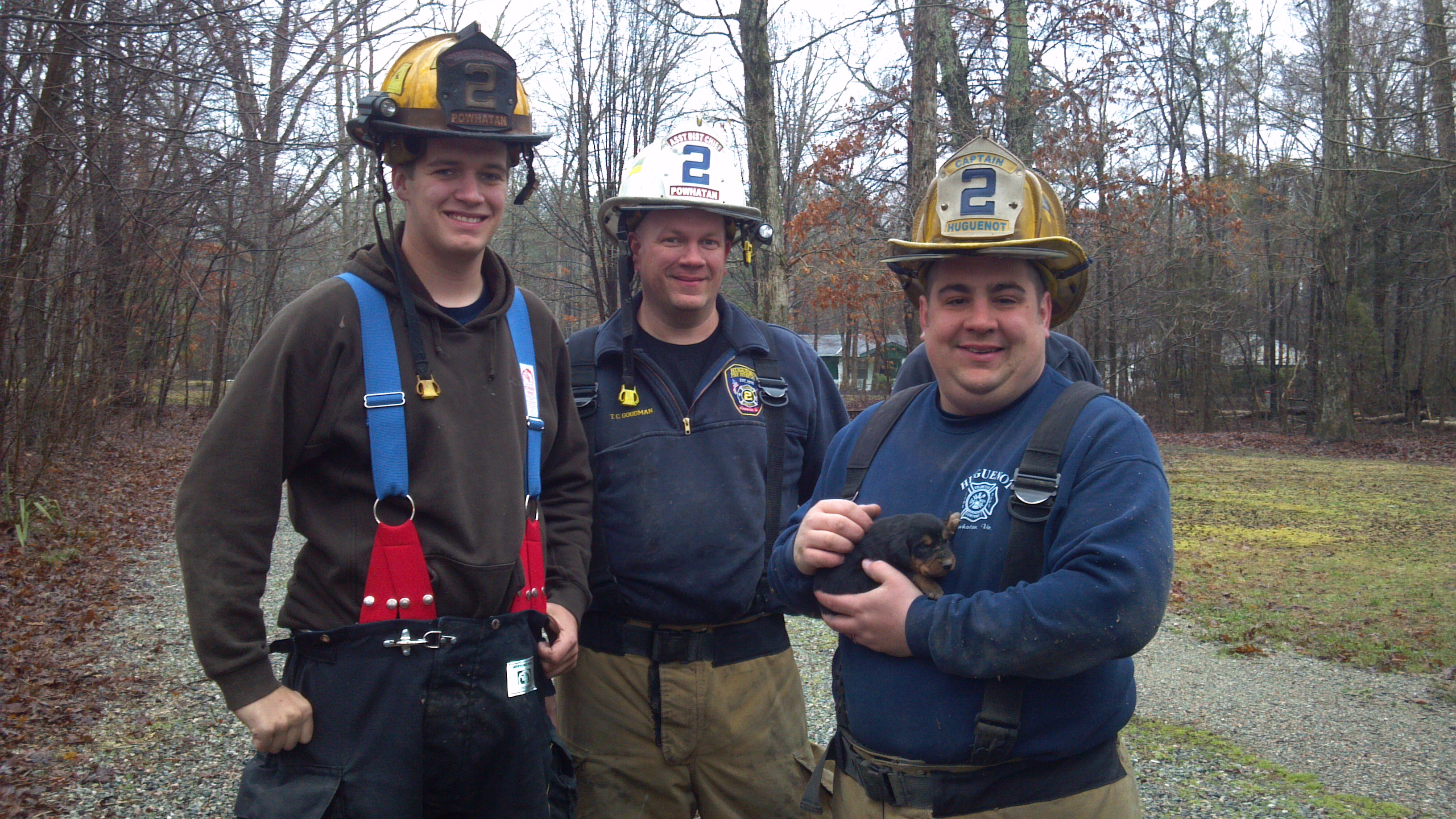