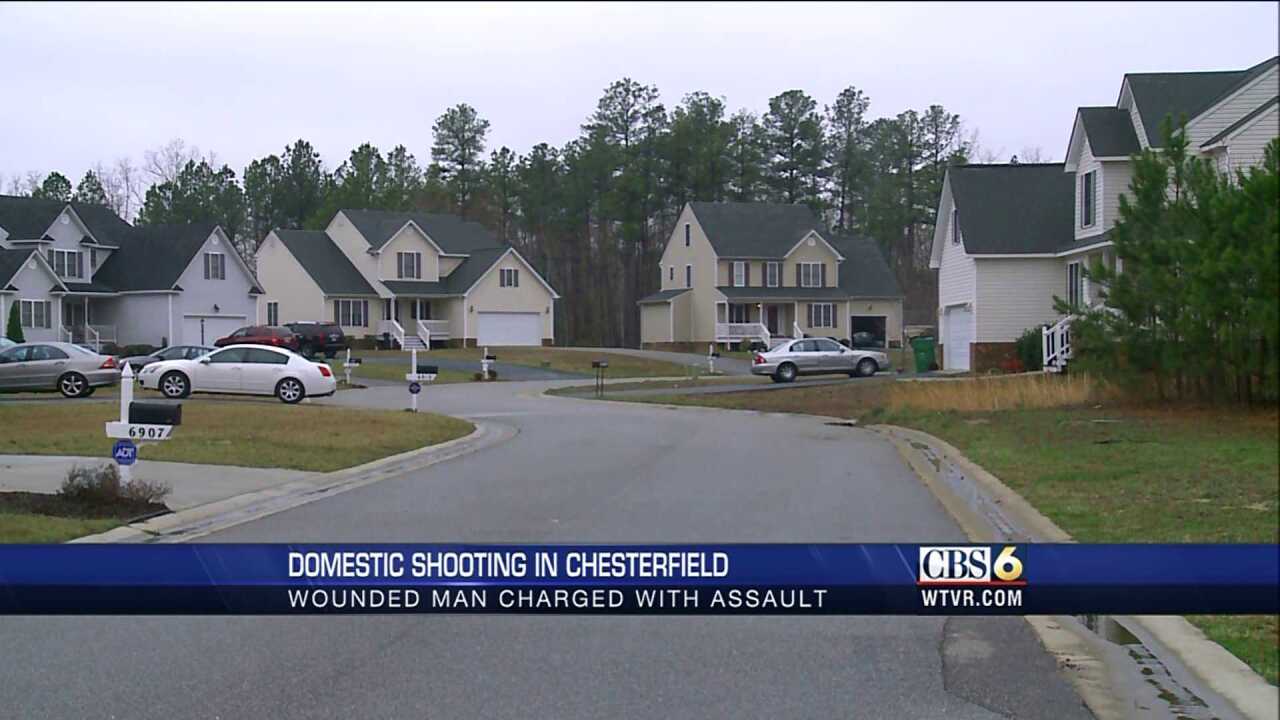 Police received a call just after 10:15 a.m. about a shooting in the 6400 block of Lake Caroline Court.

Police said a domestic disturbance between a husband and wife erupted in a home resulting in Lee Edward Jacobs being shot by his wife.

Neighbors said the victim was screaming for help on a neighbor's front lawn.

"I asked him was he ok and he said, 'No, I've been shot,'" one neighbor said.  "And that's when I told my mom and she called the police."

Edwards was rushed to VCU Medical Center where he remains in stable condition.

Police said he faces charges for domestic assault and strangulation.

Neighbors to believe he was not the only person screaming for help Sunday morning.

"We know the mom and there is two kids and they have a puppy that comes over and visits a lot," one neighbor said.

The wife in this case has not been charged for shooting her husband.

CBS 6 Legal Analyst Todd Stone said that could change, adding it's up to the commonwealth's attorney to decide if Ms. Edwards had the legal right to shoot her husband, even if it turns out her life was at risk.

"You don't always have the right to defend yourself with a firearm, " Stone said. "If they believe she didn't have the right to use that deadly force and that her force was excessive then she could be charged with a felony herself."

Stone said that legal quandary will most likely be decided in the next week.

Stay with CBS 6 News and WTVR.com for update on this story.