MANHATTAN, NY (WTVR) - Virginia Commonwealth University fans start arriving in Brooklyn for the Atlantic-10 basketball tournament this week, but New Yorkers have already seen "havoc" on the streets of Manhattan.

Bill Schwartz, a VCU graduate, is the CEO of Vector Media. He and several other alumni from the Theta Delta Chi fraternity who live in New York City have paid to have three double decker tour buses wrapped in VCU colors while driving around the city.

Action photos from recent games and hashtags like #Havoc adorn the buses.

"VCU is havoc and we're going do our best to help as that sixth player to spread havoc around New York City," said Schwartz.

Each of the past three postseasons for VCU, Schwartz's alumni group has wrapped one tour bus, but this year, since the Atlantic 10 basketball tournament is in Brooklyn, New York, the group wanted to go big. 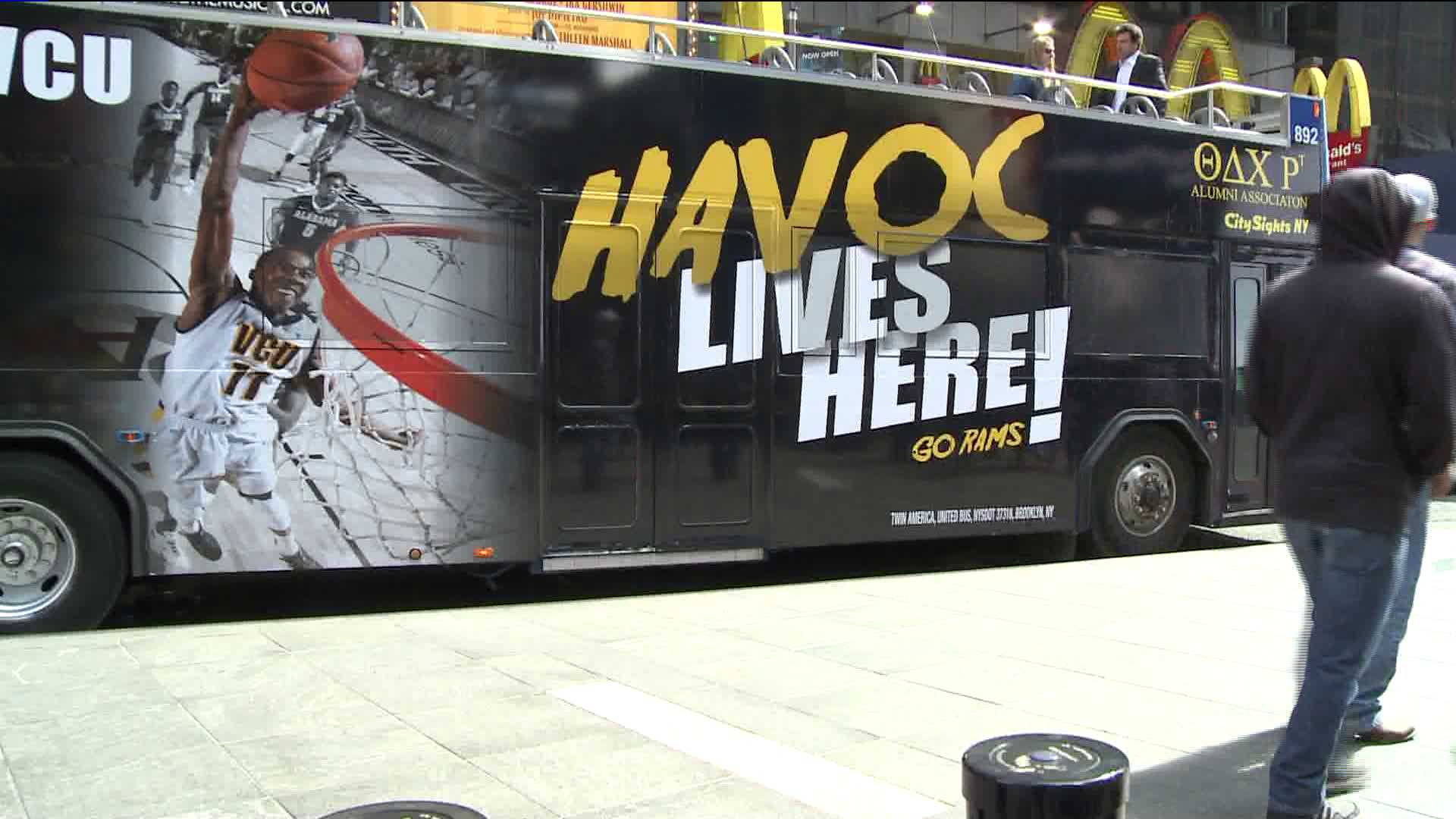 The three buses will remain wrapped until VCU's season ends. A ride on one of the buses through Times Square generates the reaction Schwartz is looking for from throngs of people on the street: turning heads and picture taking.

The memories of VCU's Final Four run in 2011 are reemerging for Schwartz. Schwartz thinks this years team has what it takes to make it to Atlanta, where the 2013 NCAA Final Four will be.

The VCU pep band and cheerleading squad will ride the double decker buses through New York City Friday for a sort of rolling pep rally. A show that should create quite a reaction in a town that seen almost everything.

Schwartz and the Theta Delta Chi alumni group have also partnered with the VCU athletic department to purchase 100 tickets to a Saturday's tournament games to give to a local Boys and Girls club. Those kids will ride the "havoc" buses from the Bronx to the Barclay's Center in Brooklyn.