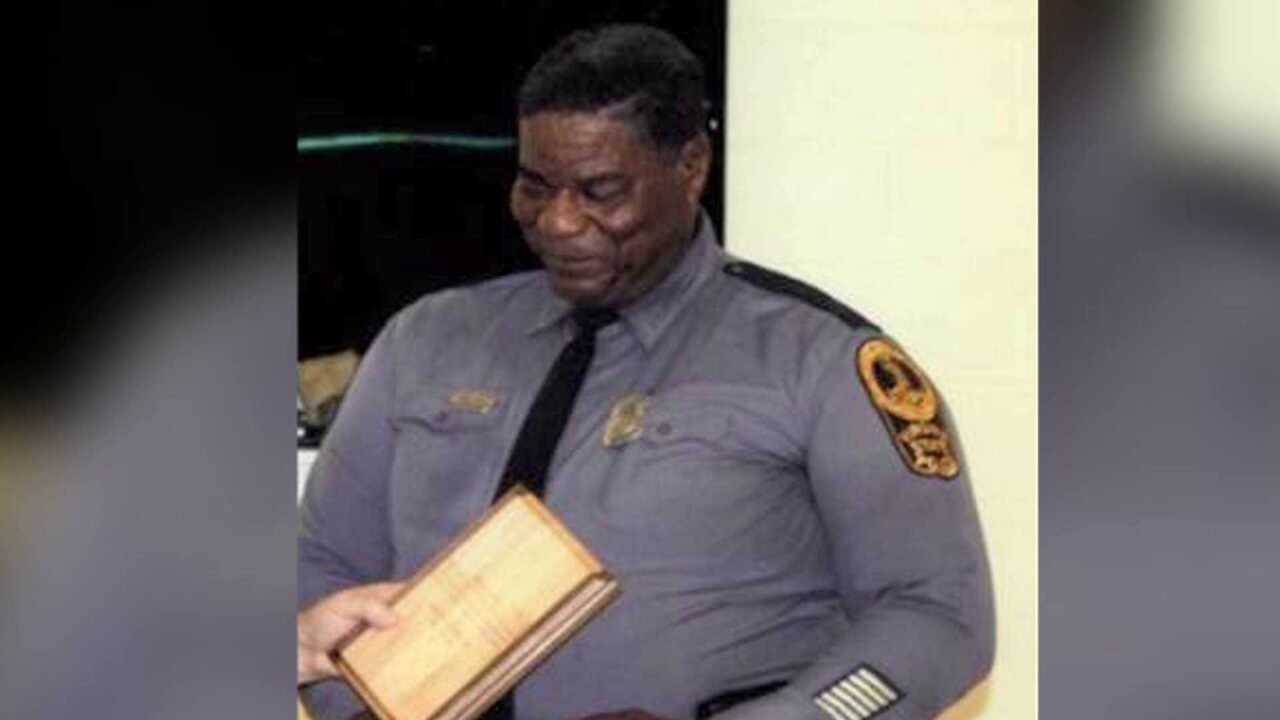 Police confirmed Master Trooper Junius Walker, age 63, was dead on scene (and pronounced dead at VCU Medical Center). Walker served on the force since 1973. The Virginia State Police spokesperson made the announcement of his death with tears in her eyes.

“The trooper was shot multiple times and died at the scene,” Corinne Geller said.

At approximately 1:20 p.m. a call was made for shots fired at mile marker 45 on I-85. Troopers say Walker pulled alongside a black vehicle on the shoulder of I-85.  A few moments later another trooper arrived to witness the shooting horror. The trooper’s car crashed into the woods and caught fire, as the suspect ran into the woods.

Troopers are unsure if it was a traffic stop or if Walker was checking on a disabled vehicle.

The responding trooper fired at the subject, before the suspect fled into the woods on foot.

Police said that at approximately 1:58 p.m., the male suspect was apprehended by the Dinwiddie County Sheriff's Office and is now in State Police custody, with charges pending.

Police sources told CBS 6 that the suspect was found naked in an abandoned car. Police and dogs found discarded clothing and a weapon in the woods.

State police did not initially confirm the trooper's condition. He was med-flighted to the VCU Medical Center and pronounced dead.

"We are not releasing his condition at this time nor his name until all of his family can be notified," state police said at 4:30 p.m. Thursday.

"Unfortunately, we lost a great man; a great man in size, personality and dedication to his mission of public safety," said Geller, of Master Trooper J.A. Walker.

"He had been assigned to the Dinwiddie County area since 1986."

"He was definitely well-known and loved here," added Geller.

Gov. Bob McDonnell released a statement, which can be read in its entirety here.

"Today, Virginia lost one of its heroes. Our hearts go out to the family, friends, and Department of State Police, as we mourn the loss of Master Trooper Walker who was killed in the line of duty today after 40 years of service," McDonnell said.

The situation shut down the southbound side of interstate for several miles as state police process the crime scene. Southbound traffic is being detoured off I-85 at exit 48/De Witt. The southbound lanes will remain closed for several more hours.

Master Trooper Walker is survived by his wife and two adult children. He joined the Department March 1, 1973.