Could a deadly sinkhole happen again in Virginia? 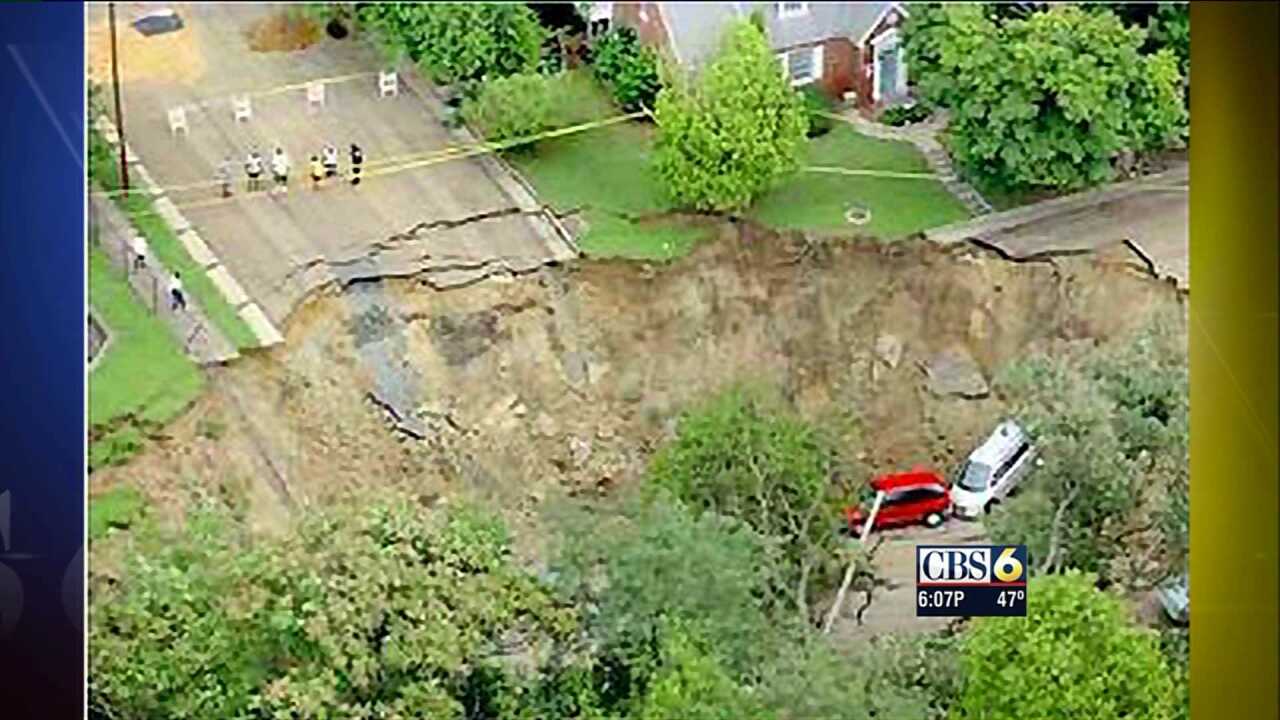 RICHMOND, VA (WTVR) -- In the aftermath of a deadly sinkhole collapse in Florida, many Virginians are wondering if a similar event could happen in Central Virginia.

"It is certainly not out of the question. But the difference in Virginia is you have time to run and get out of the way," Bob Moss, a Geotechnical Engineer with ECS, told CBS 6.

According to Moss, deadly sinkholes can randomly occur, but because the limestone is different in Virginia there are usually signs that can help prevent tragedies.

"In Virginia you can see them coming - a depression forms - you can see that a sinkhole is coming and you have time to move out of the way," Moss said.

In Virginia the most susceptible area is in the Shenandoah Valley,according to Moss.

In 2004 a sinkhole swallowed three cars in Church Hill.

"Police pounded on our door and said everyone has to get out immediately," Roland Villars, a Church Hill resident recounted.

"Everything around me was gone, it disappeared without a sound," Villars added.

That sinkhole was the result of 100 years’ worth of asphalt being layered on water brooks beneath the ground.

Church Hill residents say they feel safe in their neighborhood, however after the deadly Florida sinkhole, they find themselves checking their foundations again.