(CNN) — Police have identified a suspect in a fatal shooting and crash on the Las Vegas Strip that left three people dead.

The suspect is 26-year-old Ammar Asim Faruq Harris, the Las Vegas Metropolitan Police Department said Saturday in a press release. He is at large, though a black Range Rover police said he was driving early Thursday morning has been impounded.

Police consider Harris to be armed and dangerous, and say he has an extensive criminal history, CNN affiliate KLAS reported. He has several tattoos, including a small heart -shaped one below his right eye and a large one of an owl that covers his neck and part of his chest.

Kenneth Cherry, an aspiring rapper known as Kenny Clutch, was driving his Maserati around 4:20 a.m. Thursday when someone in a Range Rover shot at his car as it headed north on Las Vegas Boulevard. Cherry, who was shot in the chest and arm, later died at a hospital.

The Maserati continued into the intersection of the boulevard and Flamingo Road and collided with a taxi, which caught fire, killing cab driver Michael Boldon, CNN affiliate KVVU said. 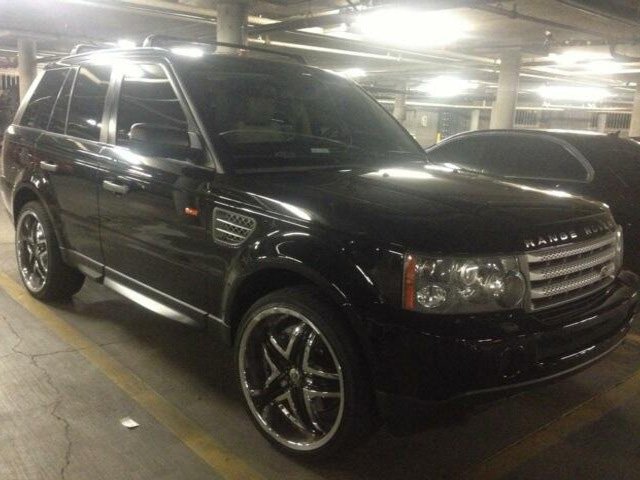 A passenger in the taxi — identified by the Clark County coroner’s office as Sandra Sutton-Wasmund, 48, of Maple Valley, Washington — also died. Her death and the deaths of Boldon and Cherry have been ruled homicides, according to the coroner’s office.

The fire closed a block and a half of the Strip near some of its biggest draws: Caesars Palace, the Bellagio, Bally’s and the Flamingo. Police collected surveillance video from the casinos.

The shooting took place two blocks from where rapper Tupac Shakur was killed in 1996.

The 27-year-old Cherry leaves behind three children, the oldest being 2 years old and the youngest just 2 months, his father said.

Kenneth Cherry Sr. blasted news reports and social media messages about his son, claiming some had falsely characterized him as a person “involved in the rap life.” He also disputed accounts that his son exchanged gunfire with the Range Rover’s driver, saying he wasn’t even armed at the time.

“I don’t like the way that some of the media stations are portraying my son, because he was black, (like) he’s a criminal,” the elder Cherry told reporters. “My son was a good boy.”

While the police department statement named Harris as the suspect, it did not indicate any charges have been filed so far.