On Sunday, none of the boys was faster than the girl.

Danica Patrick became the first woman to win the pole position for the Daytona 500, considered the Super Bowl of NASCAR, posting a lap of 196.434 mph Sunday.

In doing so, she also became the first woman to win a pole at any NASCAR top-division race, racking up another milestone in her barrier-breaking career.

“I’ve heard stories about a kid, a boy or a girl, saying, ‘But mommy, daddy. That’s a girl that’s out there racing.’ And then they can have that conversation to say that, ‘You can do anything you want to do, and gender doesn’t matter.’ Your passion is what matters. And that’s cool,” Patrick told CNN’s Don Lemon on Sunday.

“When the pressure is on and when the spotlight is on, they ultimately become some of my better moments,” she said.

Patrick, who was the favorite to win the pole, said she felt some nerves because of the high expectations.

“I feel more nervous when there is more on the line,” she said. “It was, ‘Just don’t make a stupid mistake.’ ”

She said that driving a qualifying lap at Daytona — where drivers shift gears three times then run the engine in its highest gear — was 90% crew preparation and 10% driver.

Not so, said her crew chief, Tony Gibson, who said it’s an even split. 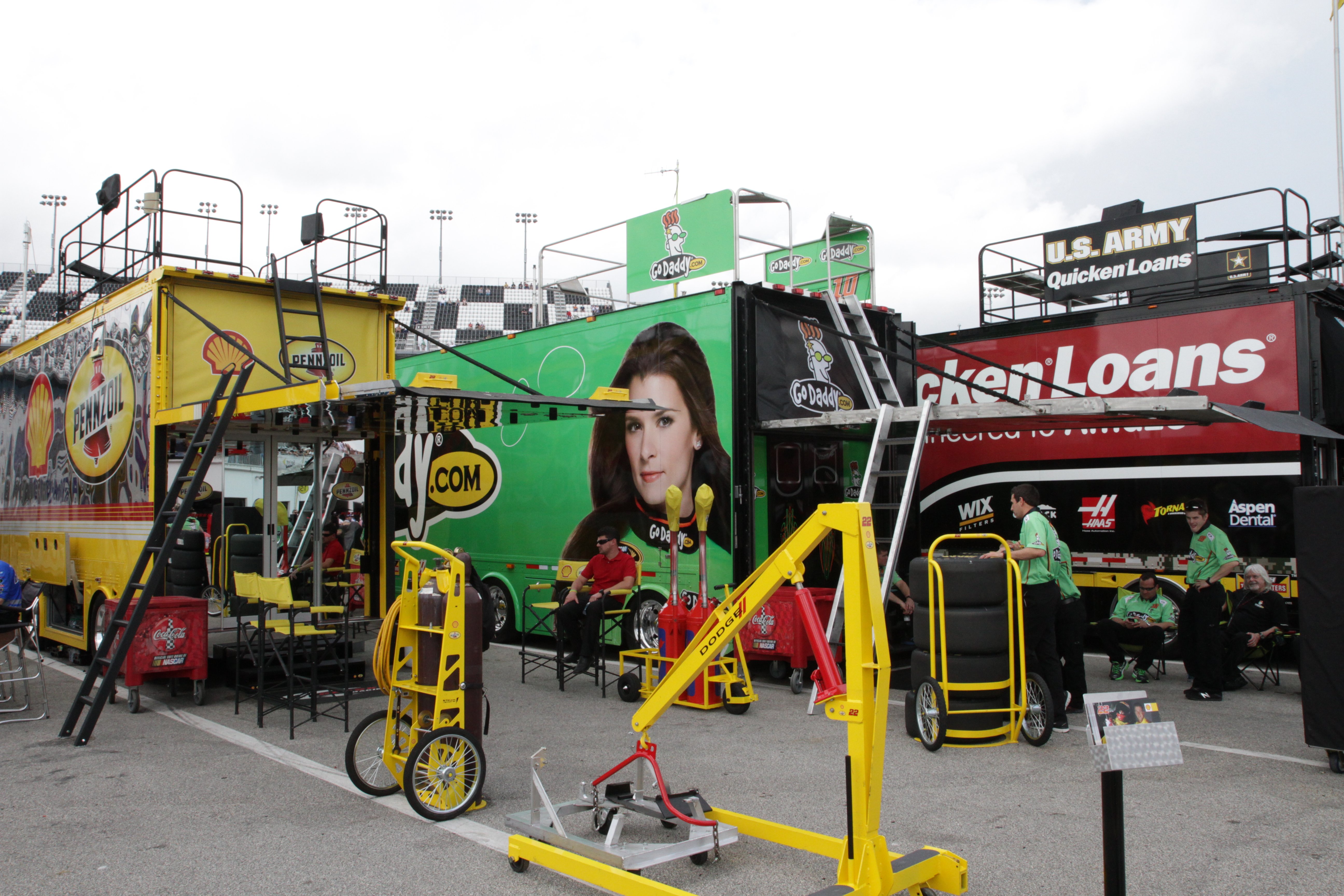 She will start in the front row in the February 24 race, alongside Jeff Gordon, who ran a lap at the 2.5 mile Daytona International Speedway at 196.292 mph.

Co-car owner and fellow driver Tony Stewart said, “She runs so smooth, keeps such a smooth line, and that’s what you have to do to carry speed here.”

The rest of the field will be set in two qualifying races scheduled for Thursday.

Patrick, 30, is in her first full year as a NASCAR Sprint Cup Driver. Last year she made 10 Sprint Cup starts, qualifying no better than 23rd. NASCAR says Patrick still qualifies as a rookie for the 2013 season, and she’s the first rookie to win the Daytona 500 pole since Jimmie Johnson in 2002.

Before racing stock cars, Patrick raced open-wheel IndyCars for several years. Patrick said winning a pole position in Kansas in 2005 was one of her top moments as an IndyCar driver. She also was the first woman to win a race in that series, in Japan in 2008, and was the first woman to ever lead a lap at the famed Indianapolis 500.

Patrick won a pole last year at Daytona in the Nationwide Series, NASCAR’s second division. She finished 38th in that race and in the Daytona 500, and she said on Sunday that she plans on competing in both races again next weekend.

Janet Guthrie previously held both the records for qualifying by a female driver. She qualified ninth for two races in 1977, and her best Daytona starting position was 18th in 1980.

Gordon, a three-time champion at the Daytona 500, welcomed Patrick into the front row.

“This is great from the sport and the rest of us will benefit from it,” he said. “I’m proud to sit on the front row with her.”

She also said that the wait to see if she had won the pole was made more agonizing because she had gone to work out as other drivers went one by one, trying to best her top lap.

Patrick told CNN understanding the scope of her achievement “is something that happens down the road. In the moment, it’s about thinking about what I need to do for next Sunday and trying to make some more history.”

Asked how she was going to celebrate her success Sunday, she said, sounding much like a NASCAR driver: “I’m probably gonna grab some beers.”