It happened just after 2 p.m. in the 400 block of East Nine Mile Road.

Police said one postal worker was inside taking her lunch break when the car crashed into the front of the building.

The worker said she was sitting in the back of the building when she heard a loud boom just before the lights went out. The worker then ran to the front and discovered the car partially inside the post office's main entrance.

Police speculated that the woman may have hit the gas instead of the brake. However, the cause of the crash remains under investigation.

The Richmond Post Master told CBS 6 News' Sandra Jones that all the mail inside the building had  been moved to another location, including the blue boxes out front.

Structural engineers will inspect the building to make sure it is safe before it can reopen. 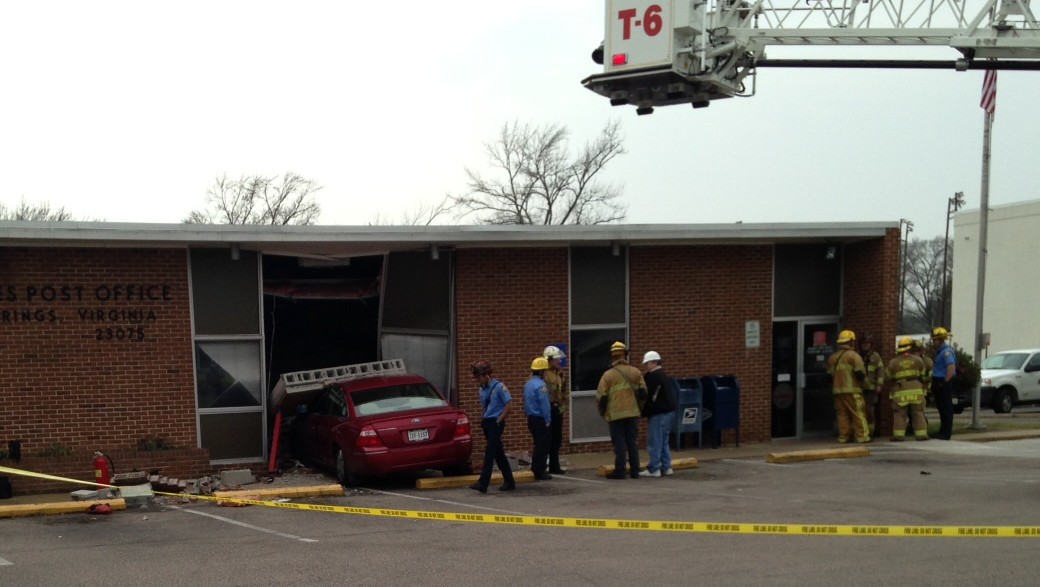