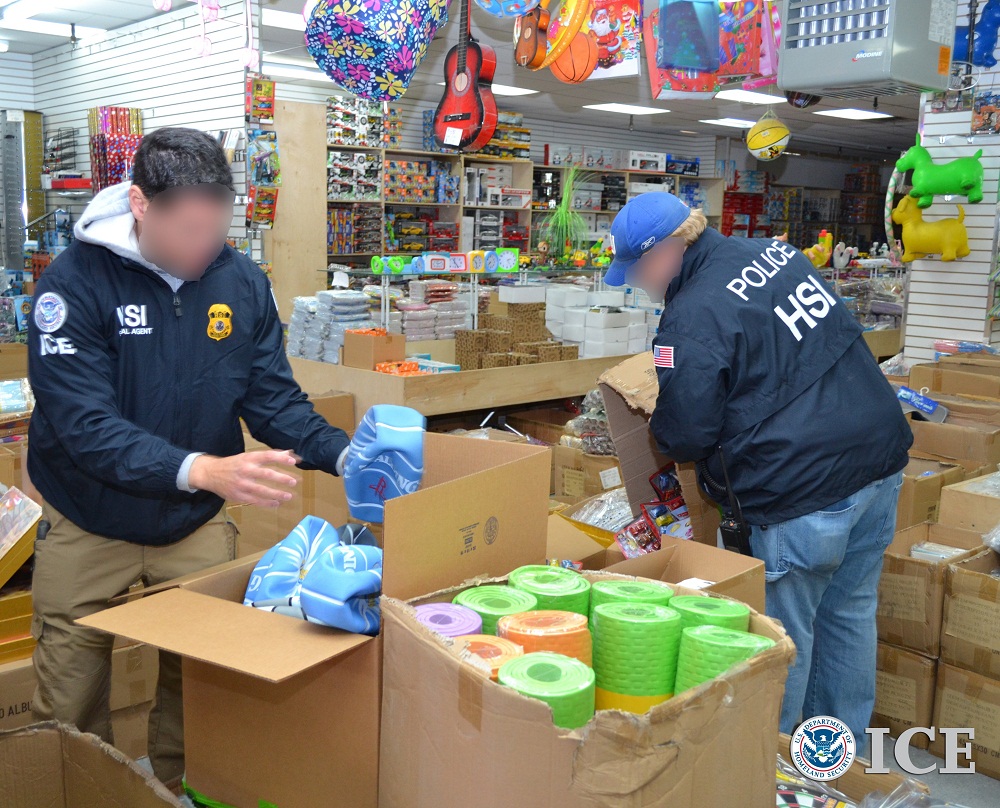 NEW YORK (CNN) — Five people and five New York-based companies are accused of importing hazardous and counterfeit toys from China to sell in the United States.

It was not clear late Wednesday whether they had attorneys.

The defendants were charged with importing and trafficking hazardous toys in violation of the Consumer Product Safety Act, importing toys bearing copyright-infringing images and counterfeit trademarks, smuggling and money laundering, according to the indictment.

The indictment charges that from July 2005 through January 2013 the defendants operated under five different company names, changing the name of the toy company they were operating under after a number of Customs and U.S. Border Patrol searches, seizures and citations.

“They allegedly retooled their operations many times in order to avoid detection and despite repeated citations by the authorities, they continued to peddle counterfeit toys,” Assistant Attorney General Lanny Breur said in a statement Wednesday.

The defendants allegedly sold toys from a storefront and warehouse in Ridgewood Queens, as well as other spots throughout Brooklyn and Queens, according to court documents.

Federal officers seized shipping containers entering the United States from China under these toy company names on 33 separate occasions, according to prosecutors.

Each seizure confiscated “hundreds and hundreds” of toys at a time, according to Martinez.

Calls to prosecutors were not immediately returned.