Gunman shoots self and man at downtown St. Louis school 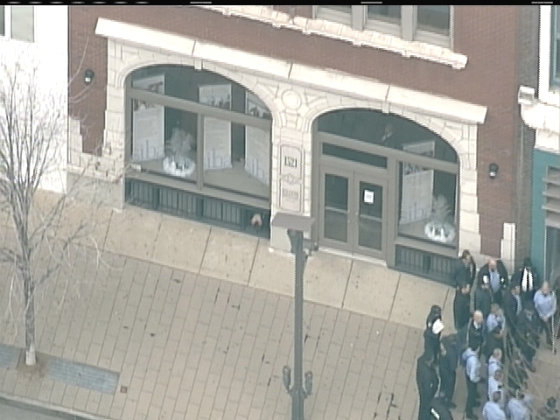 Initial reports indicate he walked in the building, took the elevator to the fourth floor, then shot one of the school’s financial advisers in the chest.

The shooting happened in the administrator’s office, reports KTVI.  The shooter then turned the gun on himself.  The shooter was found in a stairwell of the five story building.

Police say that this was not a random shooting.  The financial adviser was targeted.  The victim is believed to be 40-50 years old.

The shooter and the financial adviser are the only people who have been shot. Read more on KTVI.

Students and faculty were evacuated from the building and taken to a safe location so they could be debriefed by police.

Click over to our affiliate KTVI for more video and info.