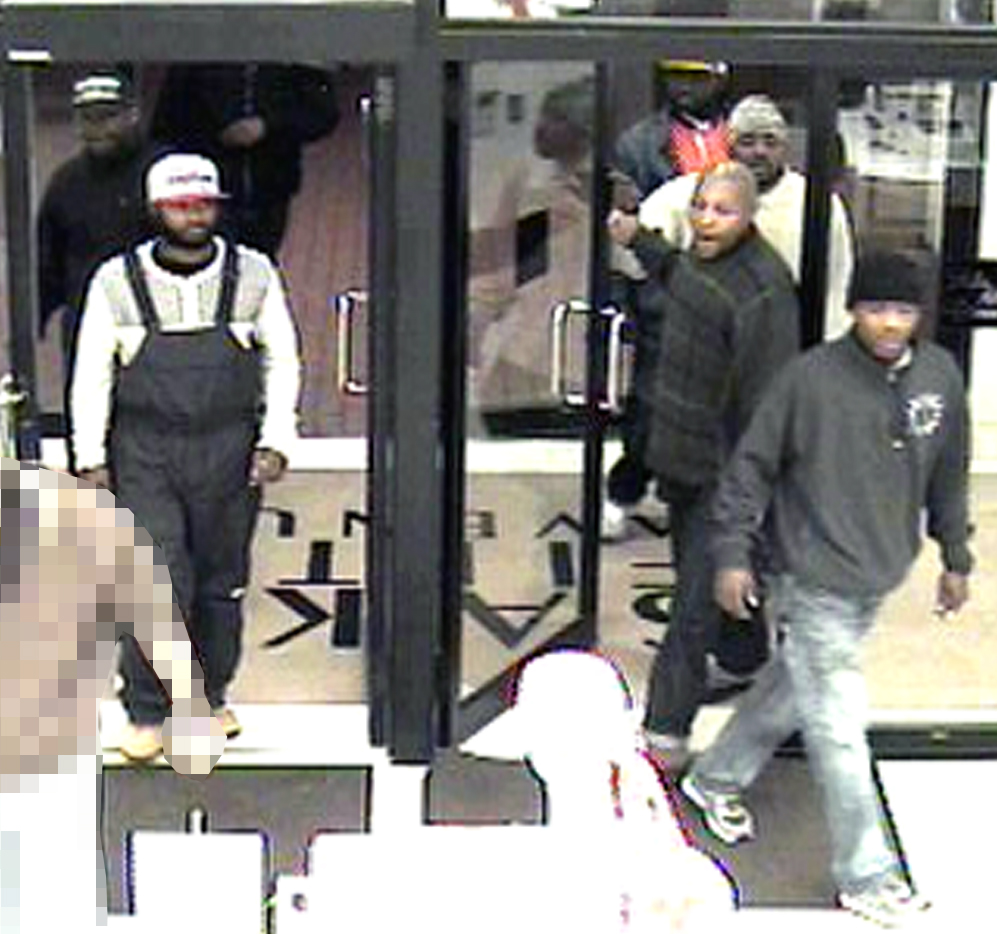 Police said that at approximately 6:00 p.m. on Saturday, Jan. 12, seven black males between the ages of 25 and 35 entered the store and stole several Gucci and Chanel bags.