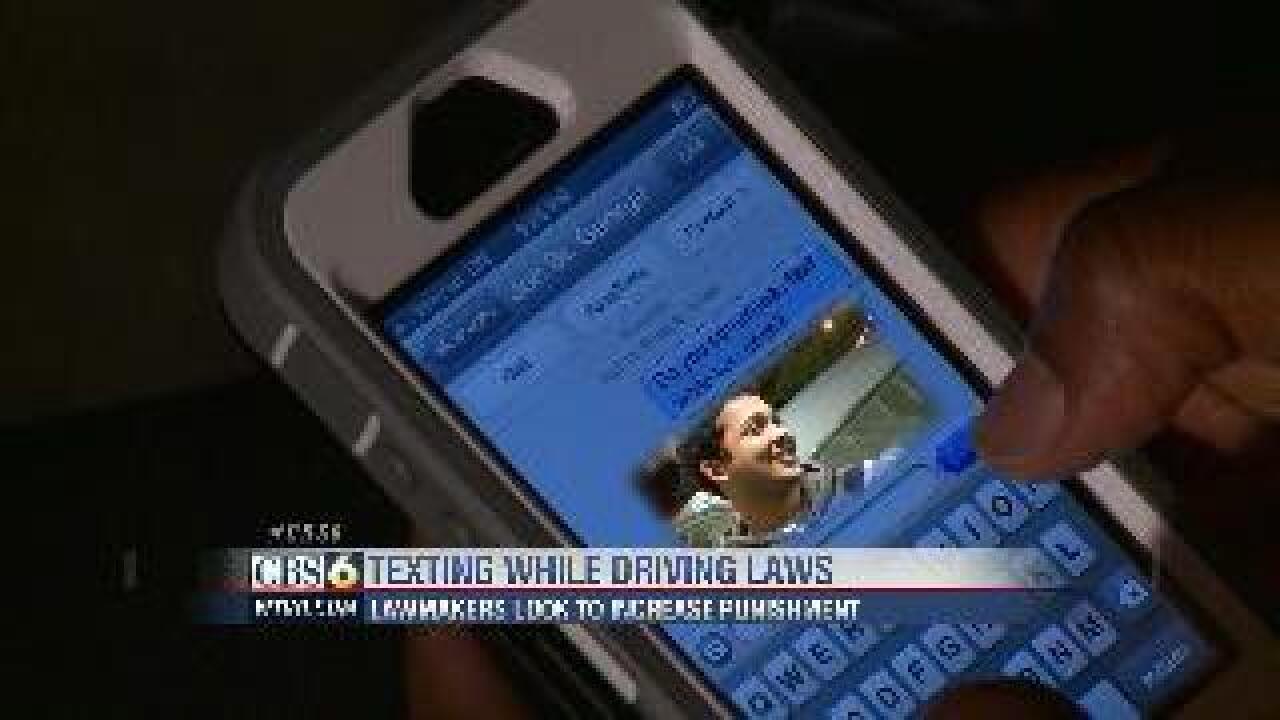 RICHMOND, Va. (WTVR) -- Virginia last passed significant changes to its code aimed at reducing the number of drivers who text while they drive in 2009.

That law made texting a misdemeanor and while you cannot be pulled over for that offense, you could face a fine of $20 if you admit it to police.

Since then various groups, including AAA, have fought for tougher laws. However, few changes have passed.

This year however the mood over new legislation seems different.

"We have seen a ton of momentum this year," Martha Meade, an official with Virginia's AAA, said.

"Whenever you take your eyes off the roadway needless to say you are in great danger as is everyone one else on roadways," Meade added.

At least four pieces of legislation sit in Committees within the 2013 General Assembly --  including legislation sponsored by Democrats and Republicans.

The new legislation has been brought on by a case in Fairfax County in which a judge ruled a man could not be charged with manslaughter even though his texting resulted in a fatal accident. [BONUS: Click here to sign the W82TEXT pledge]

The judge said the legislature needed to clarify whether texting was indeed reckless.

Under various legislation, texting while driving would become a misdemeanor punishable by up to one year and jail and/or a fine of $2500.

Drivers could also be pulled over for texting by police if the bill is passed.

CBS 6 legal analyst Todd Stone says its common for the legislature to react to court rulings - however Stone warned this legislation may be very difficult to enforce.

Stay with CBS 6 for the very latest on this year's General Assembly.