(CNN) -- Panicked customers ran for cover when a gunman opened fire at a mall outside Portland, Oregon, Tuesday.

At least three people, including the shooter, were killed, and one person suffered a traumatic injury in the Clackamas Town Center mall shooting in Oregon, a police spokesman said.

The shooter "has been neutralized," said James Rhodes of the Clackamas County Sheriff's Office, and there is no longer active shooting at the mall. He declined to comment when asked whether the gunman had been killed.

"Multiple victims" were shot, said Public Safety Director Steve Campbell of the city of Happy Valley. There were 10 ambulances on scene after the shooting, Randy Lauer of American Medical Response said.

Witnesses told CNN affiliate KOIN that officials had said the situation was under control. Sheriff's officials confirmed that two people had been shot, the affiliate said.

The two-story mall is in Clackamas, Oregon, about 11 miles southeast of downtown Portland and is anchored with such stores as Sears, JC Penney and Macy's, according to its website.

Witnesses told CNN affiliates that many people ran for cover or huddled behind counters.

One witness told KOIN she saw a man wearing a hockey mask jogging through Macy's and wielding an assault rifle.

"Everyone ran toward the exits at that point to get out," she said.

Inside Sears, some customers cried as word spread of the shooter going store to store, Christina Fisher told KOIN.

"We were told to stand in a group by the top of the escalators and stay away from the windows out of the aisle. ... We stood there for probably a good 20 minutes," she said. "All of the sudden somebody came through with a radio, yelling 'Get down!'"

Nicole Sutton said she heard gunshots echoing and saw people huddled in the store where she works at the mall.

"It's the scariest thing I've ever experienced," she told KOIN.

"I have directed State Police to make any and all necessary resources available to local law enforcement," he said in a statement. 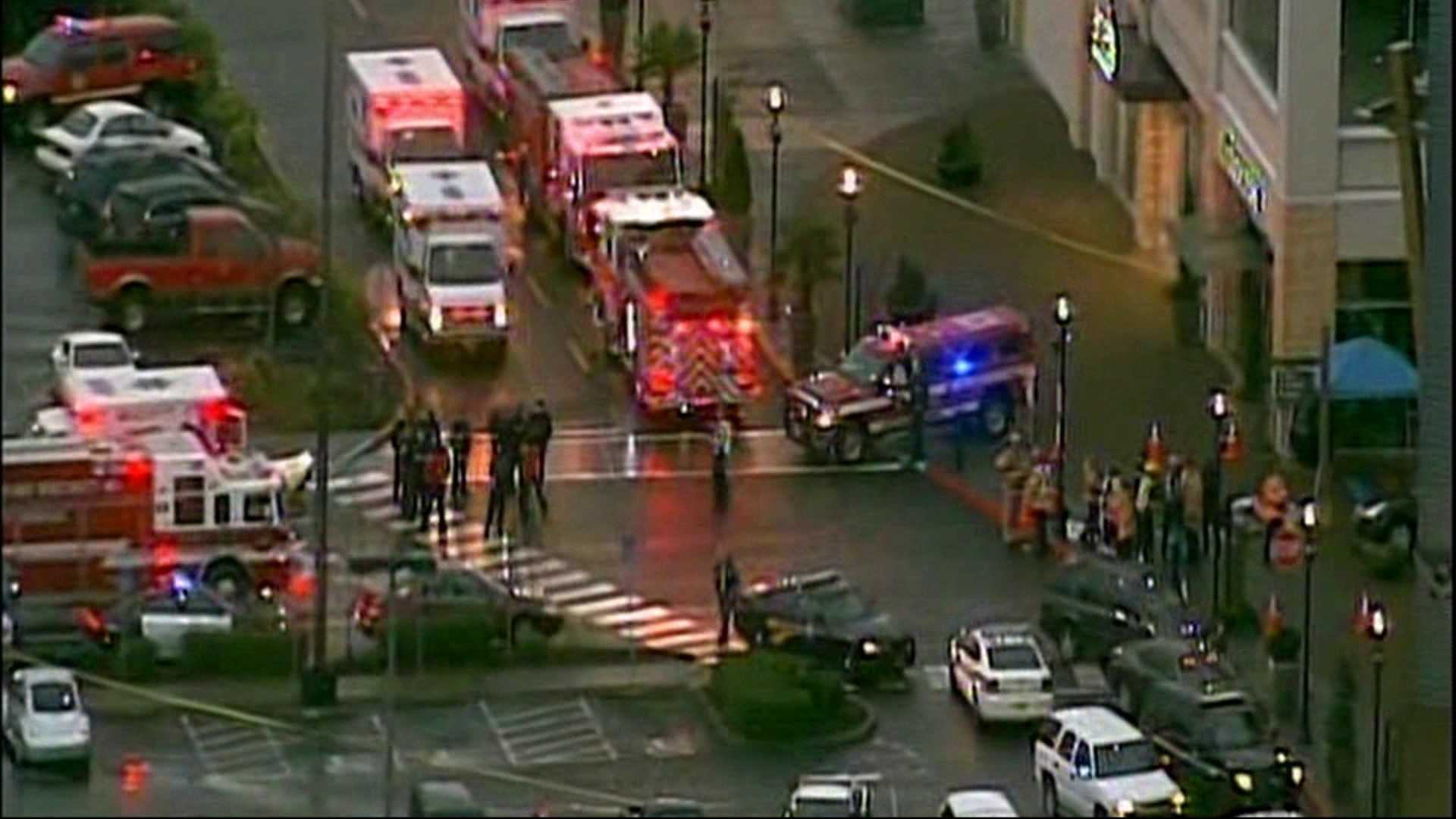