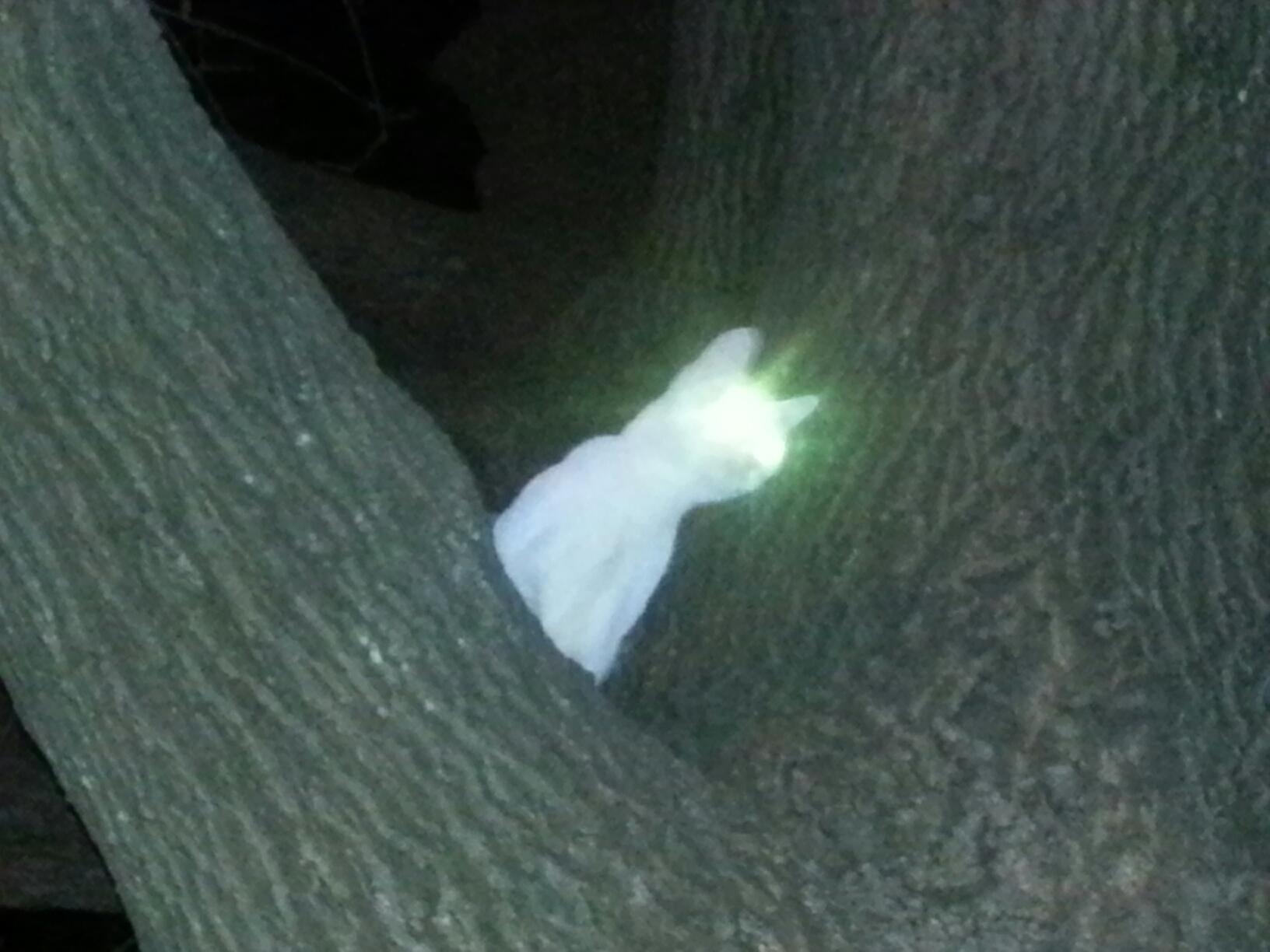 The caption that accompanied the pictures said the officers were flagged down by a neighbor in Hillside Court who said the kittens had been in the tree for a few days. The officers stacked city supercans to get the kittens down. The rescue happened last week.

Once on the ground, the police department wrote a neighbor volunteered to take the strays in out of the cold.