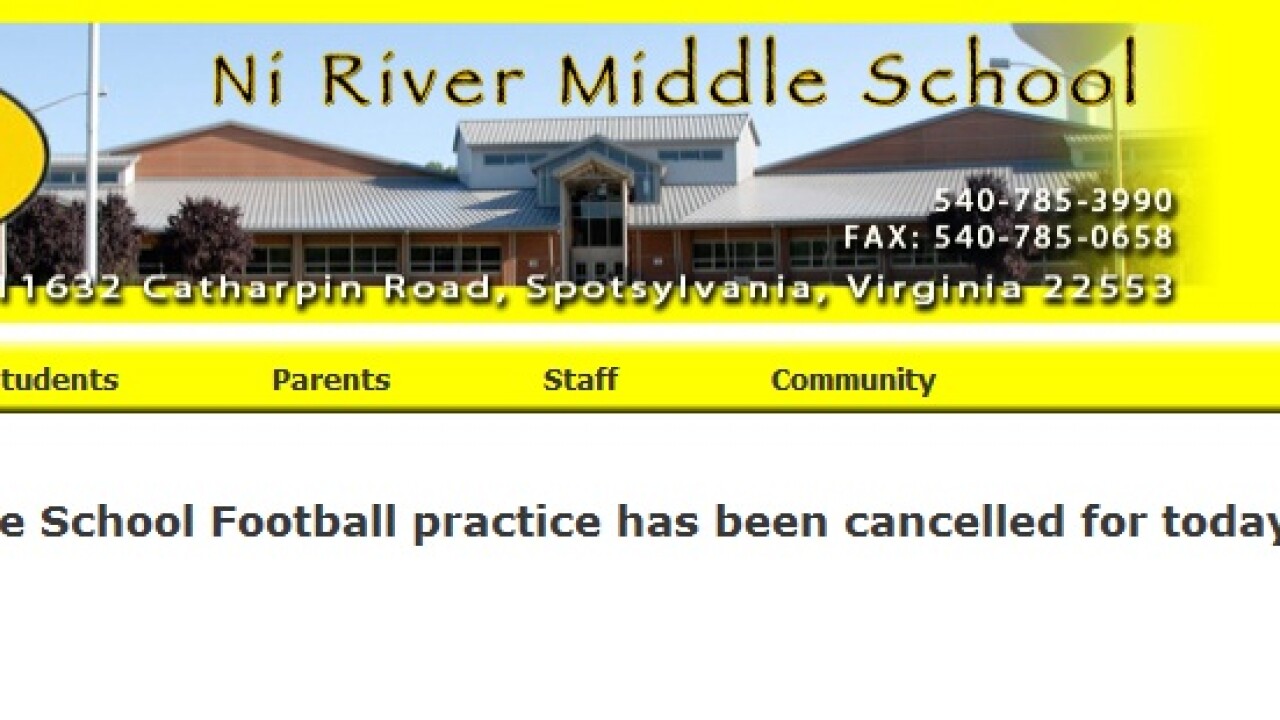 SPOTSYLVANIA COUNTY, Va. (WTVR) – A middle school football coach and the father of a football player have been charged in connection to an incident that occurred during and after a recent football practice.

When the student’s father arrived to pick up his child, the father punched the coach, Harvey said. Maurice Smith, 43, was charged with assault and battery.

The 12-year-old player was taken to the hospital by his parents where doctors determined he had a “deep contusion” to his chest, Harvey said.

Investigators believe the child was kicked while he was standing up at practice.