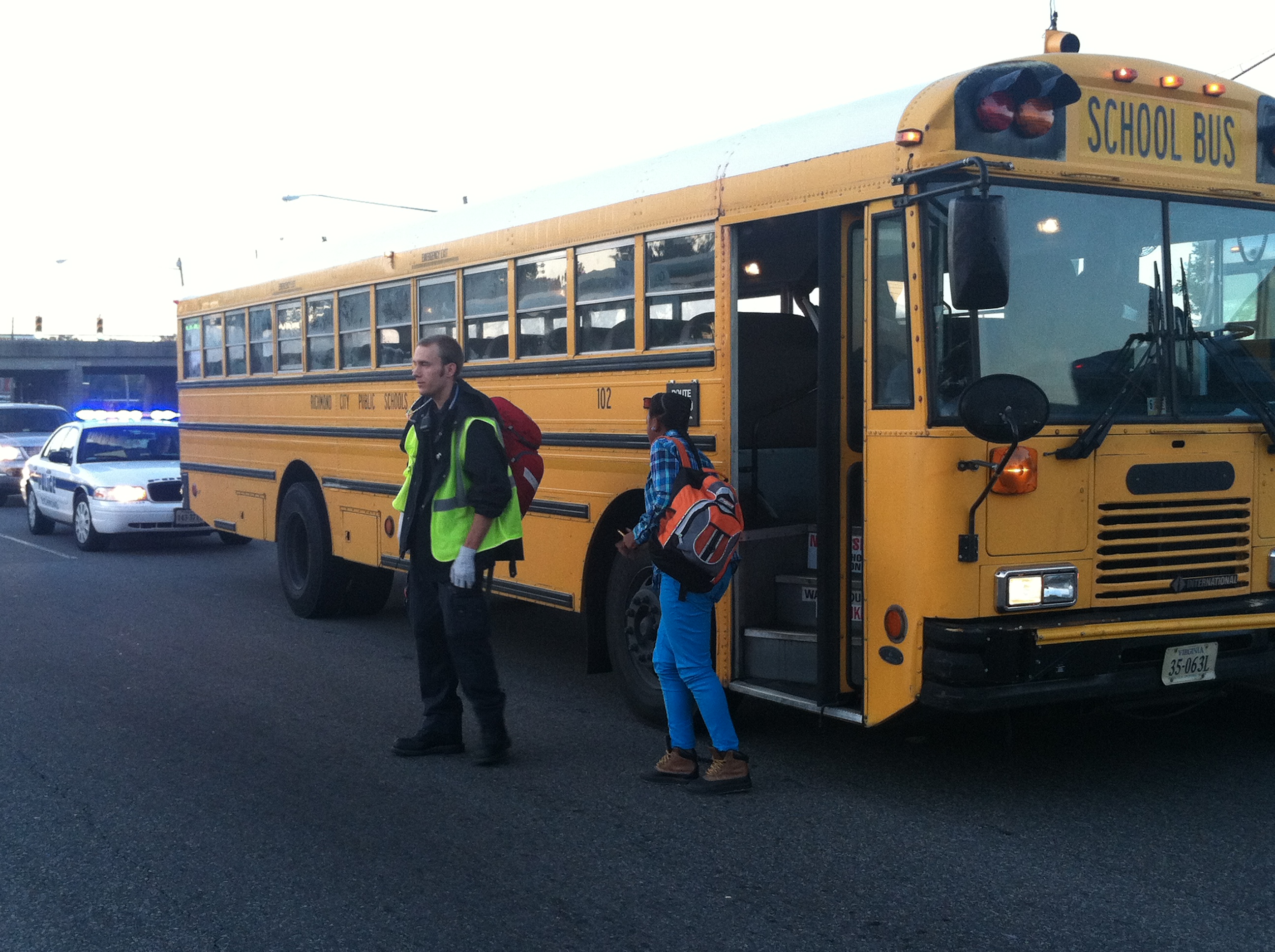 RICHMOND, Va. (WTVR) –  Richmond Police were called to the intersection of Westover Hills Boulevard and Crutchfield Street to investigate a school bus accident. The call came in to police dispatch around 7:00 a.m.

Richmond Police spokeswoman Dionne Waugh said the driver of car was issued a summons for an unsafe lane change after the car side swiped the bus.

No serious injuries were reported, two students were checked out for minor injuries at the scene. Both the bus and car suffered minor damage.