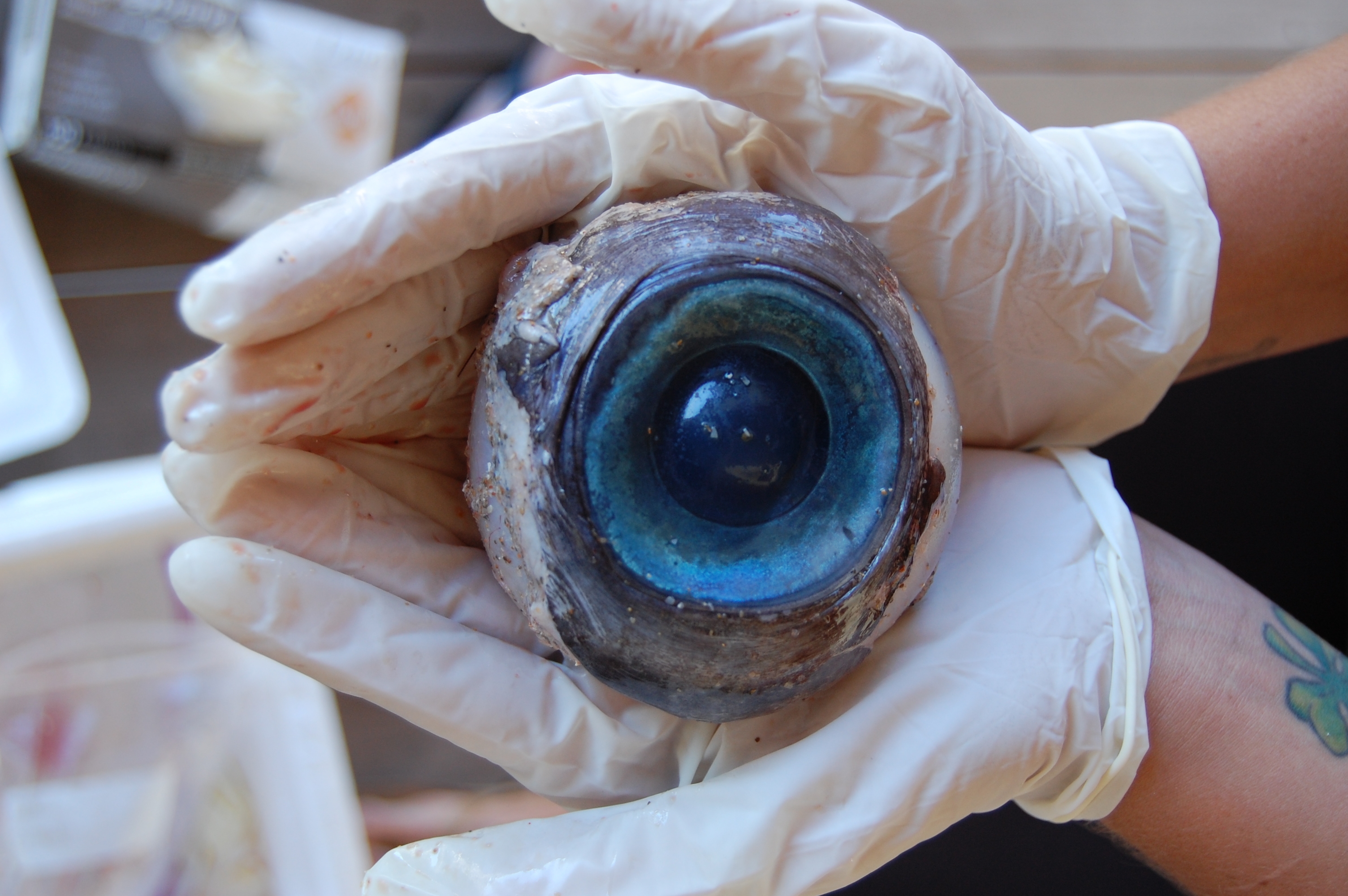 (CNN) — It looks like the big blue eyeball found on a Florida beach last week was cut out of a swordfish hauled in by a deep-sea angler, the state Fish and Wildlife Conservation Commission said Monday.

A beachcomber found the softball-sized eyeball on the sand in Pompano Beach, Florida, on Wednesday, speculating that perhaps it came from a squid.

But experts who examined the eyeball made their call of swordfish based on the its size (softball), color (blue) and structure (presumably swordfishy), according to a statement from Joan Herrera, curator of collections at the agency’s Fish and Wildlife Research Institute in St. Petersburg.

Based on straight cuts on the bone around the eyeball, Herrera said, experts think an angler cut it out of a swordfish and tossed it overboard.

The half-ton fish are frequently found in the Florida Straits off South Florida at this time of year, according to the statement.

DNA testing is being done to confirm the finding, the agency said.