However, delays are still backed up around 10 miles as of 9 p.m., according to Sgt. Thomas Molnar with Virginia State Police.

Around 5 p.m., V-DOT sent out a warning that traffic was backed up more than seven miles, and strongly encouraged drivers to avoid the route.

The incident occurred between a box truck and a tractor-trailer. The tractor-trailer was carrying tea bags, traveling from Virginia Beach to York, Pa.

The driver of the box truck lost control of his vehicle and ran off onto the right shoulder of the roadway striking an improperly stopped tractor-trailer.The impact resulted in a fire that engulfed both vehicles. A nearby wooded area also caught on fire. 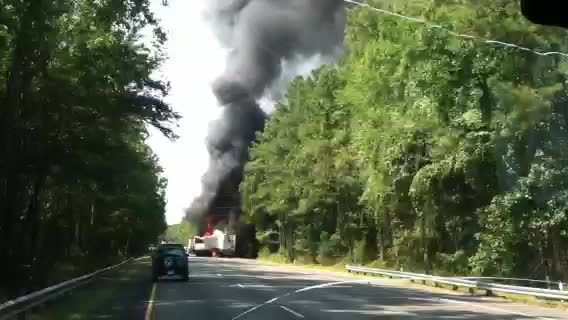