VIRGINIA GOVERNOR: If you don’t want to pay a toll, don’t use 95 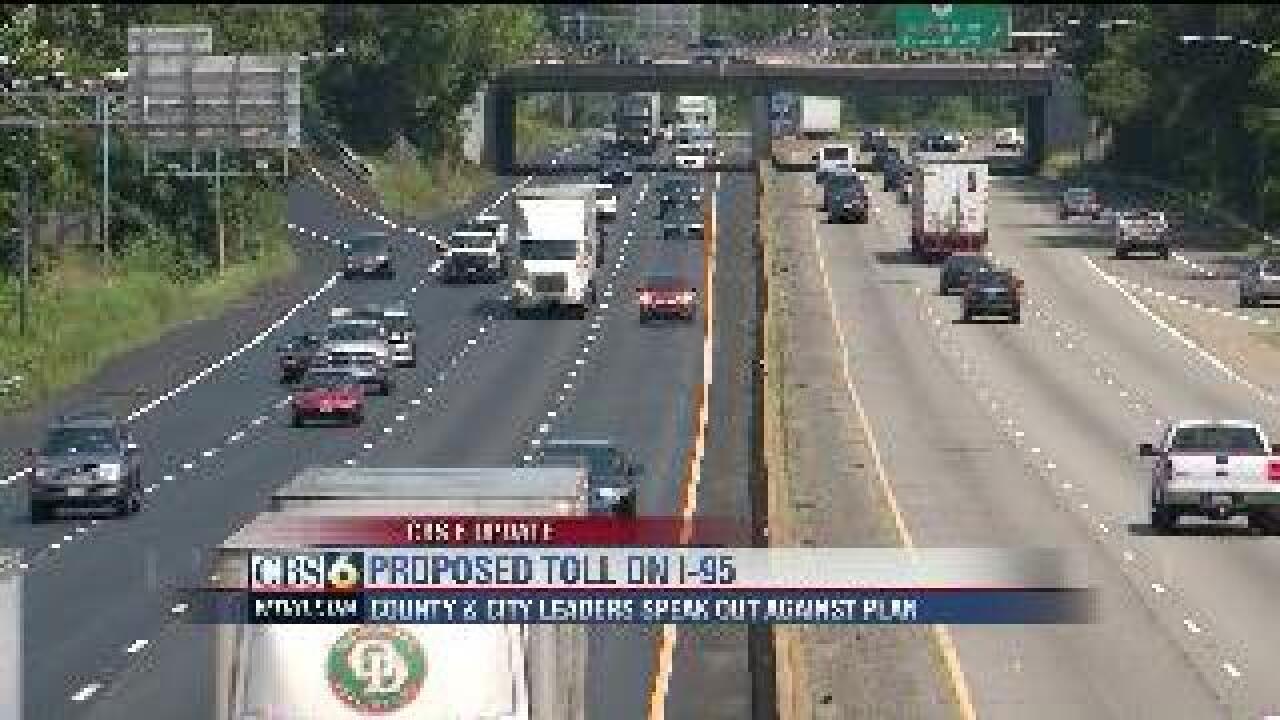 RICHMOND, Va. (WTVR)--A proposal for a toll road on Interstate 95, just north of Emporia, could raise up to $40 million dollars a year for transportation costs in Virginia.

However, many local leaders, including those in Hanover, Dinwiddie and Sussex County, plan to speak out against the plan at a Wednesday meeting in Petersburg.

Several leaders argue that the burden to generate funds for transportation should not fall on the shoulders of local jurisdictions.

“That’s not their responsibility,” argued Joseph Vinsh with the Tri-Cities Metropolitan Planning Organization. “That responsibility rests with the legislature.”

However, Governor Bob McDonnell said Virginia is running out of resources in the midst of a transportation funding crisis, where maintenance funds are dwindling.

“I understand…if you have a road that’s free now, nobody wants to pay more,” argued the governor.  “But we’ve got to make numerous safety improvements to that road, it’s the busiest road on the East coast and this is a reasonable way to get that done.”

The toll will cost passenger vehicles $4 and large trucks $12.  The Metropolitan Planning Organization argued the toll will create a huge economic burden for Sussex County, one of the state’s poorest regions, according to the 2010 U.S. Census.

“You have a depressed area of Virginia and now you’re going to exasperate the economic problems,” said Dennis Morris, executive director of the Metropolitan Planning Organization.

The MPO has submitted resolutions to VDOT, arguing the state agency has also failed to look at the environmental impact on the region or problems that will be caused by diversion traffic trying to avoid the tolls.

Virginia is one of three states, along with North Carolina and Missouri, that applied to the Federal Highway Administration for permission to build toll plazas.

McDonnell argued thousands of out-of-state commuters use I-95 and should help to pay for transportation costs.