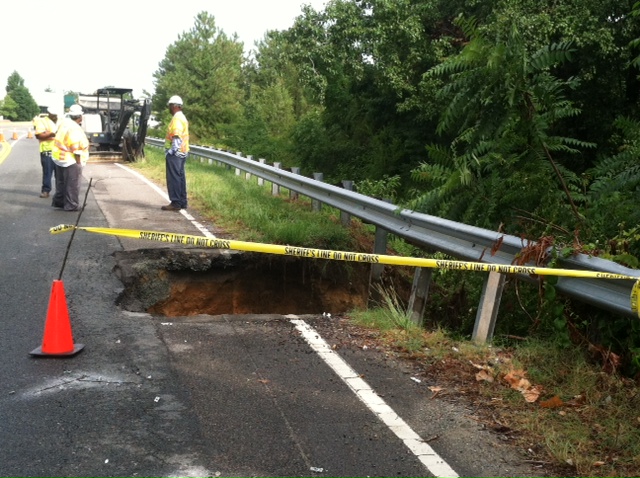 MECHANICSVILLE, Va. (WTVR) – Crews completed temporary repairs to a hole that formed along Lee Davis Highway in the Brandy Creek area of Mechanicsville. The hole opened up south of Route 360 Tuesday morning.

Permanent repairs have not yet been scheduled, VDOT’s Sundra Hominik said in an email to CBS 6.

Hominik said Tuesday morning’s rain caused the culvert headwall and the shoulder to fail. The failure resulted in a 10- foot-by-10-foot washout on the road.

A VDOT worker on scene said the hole was reported around 7:30 a.m.