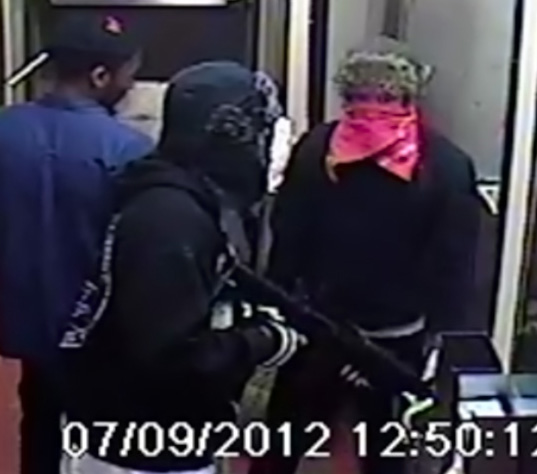 Police said the men shattered the restaurant’s window with a brick, entered the building and forced workers to open the safe.

When the men got the money, they left the restaurant and were last seen in a dark-colored car.

One of the suspects carried a gun during the robbery, but no shots were fired, police said. No one was injured during the crime.

Police released the following descriptions of the suspects :