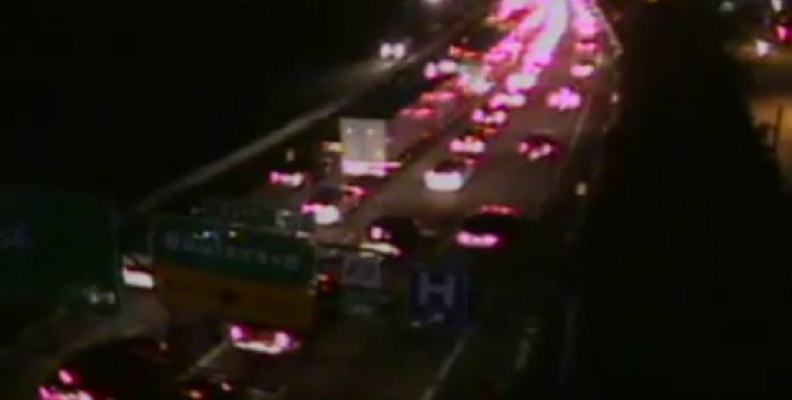 Virginia State Police said they responded to a two-vehicle crash around 8:30 p.m., on southbound Interstate 95 at the 78 mile marker in the City of Richmond.

Sgt. Molnar said that the crash happened when the driver of a 2011 Chevrolet pickup ran off the right side of the roadway and struck the guardrail. The pickup then came back into the lane of travel and struck a 2012 Peterbuilt tractor-trailer traveling in the center lane.

Both adult male drivers, who were both wearing their safety belts suffered minor injuries and were both transported by ambulance to VCU Medical Center, said Molnar.

Molnar said that I-95 southbound was closed for approximately 30 minutes due to the crash, which remains under investigation.

We will have more information as it becomes available, on CBS 6 and WTVR.com