RICHMOND, Va. (WTVR) – Firefighters are working to extinguish a two-alarm fire  at a three-story apartment building in Richmond.

It happened just after 11 a.m. Monday at 653 Westover Hills Blvd, which is near Crutchfield Street.

According to Richmond Fire Lt. Hagaman, the blaze started on the building's first floor around some ductwork.

Hagman also said there is smoke on all three levels of the building. Heavy smoke could also been seen coming from the building's roof.

Hagman said everyone made it out of the building safely. 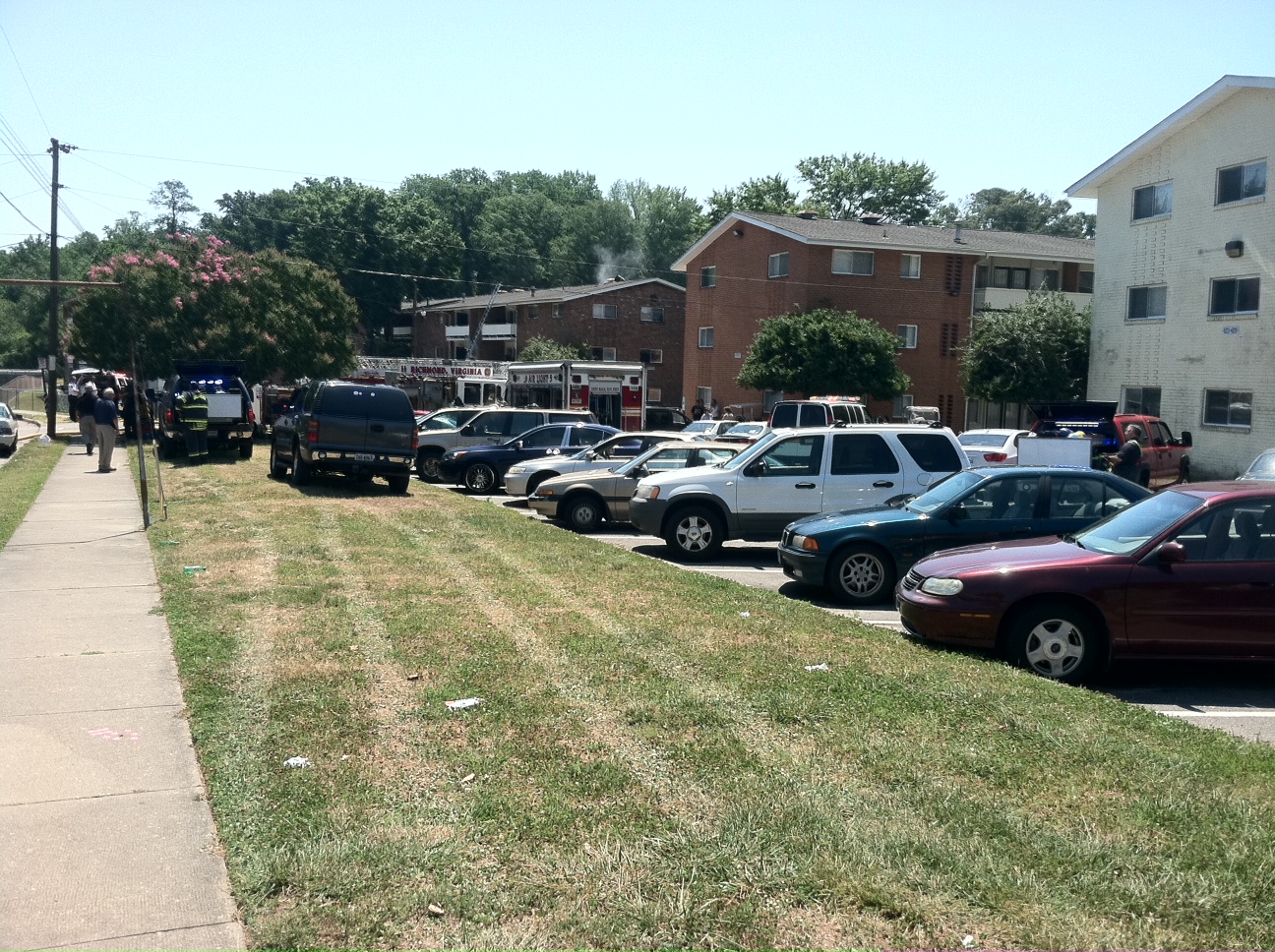