Molnar said a tow truck, heading south of Route 288, crossed over the median and hit a Chevy Blazer head-on.

Molnar said the driver of the Blazer, 51-year-old Debra K. Allen, of the 5000 block of Salem Court in Colonial Heights,  died on the scene.

The driver of the tow truck, 38-year-old  James K. Cullop, of the 14000 block of North Ivy Mill Road in Chester, was taken to the hospital.

Police are investigating what caused the tow truck driver to cross over into on-coming traffic.

The accident happened on northbound Route 288 near the ramp from Chester Road.

The accident caused backups on Route 288 for much of the afternoon.

The crash remains under investigation with the assistance of the Virginia State Police Accident Reconstruction Team. 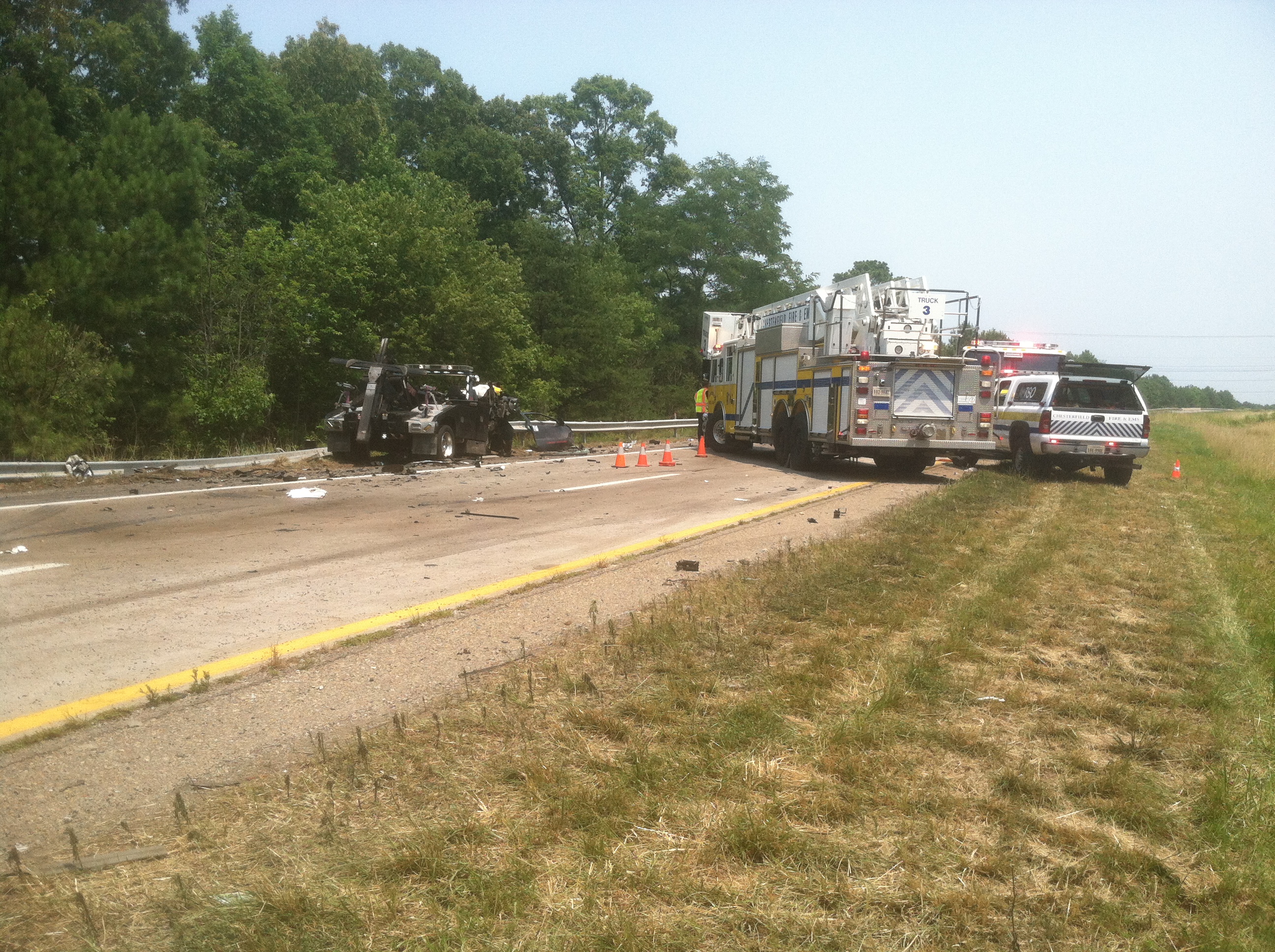