(CNN) — When people talk about the beginnings of the video game industry, one name invariably bubbles to the top: Atari.

The video arcade and console company was formed 40 years ago Wednesday, although the games and consoles from its late ’70s-early ’80s heyday continue to evoke memories from gamers today.

In 1972, Nolan Bushnell and Ted Dabney were looking to produce an electronic tennis game to be called “Pong.” They formed Atari Inc. on June 27 of that year and released the black-and-white tennis game five months later. The gaming world hasn’t been the same since. 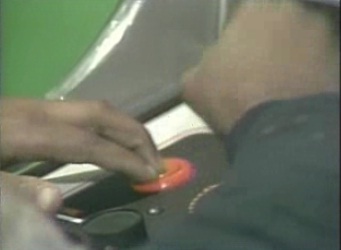 “Pong’s” primitive, two-dimensional graphics look ridiculous now, but it was an immediate hit and is considered the first commercially successful video game.

But Atari’s more lasting contribution to living-room entertainment may have been the Atari VCS, more commonly known as the Atari 2600. The home video-game console launched in 1977 and sold more than 30 million units before being discontinued in 1992 according to a Business Week report.

Many people credit the Atari 2600 as their gateway into the world of electronic gaming.

“While I had dabbled with the NES at a friend’s house and Apple II titles at my uncle’s, this was the first console that was mine,” said Matt Paprocki of Toledo, Ohio. “It sucked me in and kept me there. I doubt any parent knows how important a little console that plays video games can be, or what it can do for someone’s life. It’s a path I started on and stayed on well into my adult life, all because of that faux wood box fitted with ungainly switches.”

“You never forget your first love!” said Matt Thebert of Lawrenceville, Georgia. “But it also was the beginning of a whole era of populist electronics and computing where you could have in your home, finally, a computer and video games. Which as a kid meant I could explore these worlds from my home, not from a computer lab or, at that time, the public library, where we would reserve time in one-hour chunks on the Apple IIe to play ‘Zork’ in its amber glory.”

Atari Inc. was sold to Warner Communications in 1976 as Bushnell looked for help marketing his home console. The company began developing other systems — The Atari 400, 800 and 5200 — but were never able to duplicate the success of the Atari 2600 console.

Many say it offered a new way to interact with family and friends.

“All of my cousins loved it because we could root for the ones that were playing,” said Willie Jefferson Jr. of Houston. “Plus, we knew we’d get a chance to play in a few minutes. The 2600 cemented gaming into my fabric.”

“It meant a lot, now that I think about it,” said Jason Konoza, from Edmonton, Canada. “Personal interaction and socializing. The hours spent playing ‘Space Invaders’ together, or ‘Home Run’ or ‘Circus Atari’ against each other. My best friend Mark and I would write down our high scores for ‘Frostbite’ and keep them in the box.”

But in the early 1980s, the company’s missteps ultimately sealed its downfall as Atari Inc.

The biggest and most publicized was the release of “E.T. the Extra-Terrestrial” and a port of the arcade version of “Pac-Man,” two games that were widely lambasted by critics for poor game play and design.

“Sadly, looking back, it seems like the 2600 could have been the best thing in gaming, by bringing it into so many households,” said T.J. Lauerman of Teaneck, New Jersey. “But also a tragedy that could have killed home gaming as we know it after the ‘E.T.’ debacle.”

By 1984, Atari Inc. was technically no more. Warner Communications divided the company, selling off parts as the video game market crashed with a glut of poorly designed games. The Atari name has changed hands several times since and is now in the hands of Infogrames as a wholly owned subsidiary, as of 2008.

That company, renamed Atari, SA in 2010, has recently focused its efforts on mobile and social gaming, releasing Atari titles for the iPhone and iPad. Bushnell rejoined the company in 2010 to sit on its board of directors, reconnecting Atari with its past.

In recent years, longtime fans have posted comments online voicing their frustrations with what they consider to be the misuse of the Atari name as a tool to for easy profits.

Atari says they are listening.

“Atari’s fans are an incredibly passionate group, and the current team at Atari understands that there has been negative sentiment about how the brand had been used as part of a retail distribution business for third party console games. And, frankly, many of them resulted in low ratings.” the company said in a statement.

“Over the past few years, we’ve decided to exit that business and focus our efforts on restoring the real values behind the Atari brand. We believe the success of this new initiative lies in the mobile games business, as evidenced by the critical and commercial success of some of our more recent titles.”

The company also points to its Pong Indie Developer Challenge, a developers’ competition seeking a reimagined version of “Pong” for Apple’s mobile devices. The winner will receive $50,000 and will be announced August 2.

Atari calls the challenge an example “of our commitment to making new games based on our core IP that, like the original hits, are fun, “easy to learn but difficult to master.”

However, one of the enduring legacies of the Atari name remains the Atari 2600 console, the black box with the faux wood stickers.

“As it was my first introduction to gaming for me personally, it was a groundbreaking time in gaming and I think it should be listed in the Top 5 of video game consoles,” said Nikki Rau-Baker of Atlanta.

“It’s the system that kicked off the gaming revolution,” Jefferson said. “It made the way for the PS3, 360 and Wii — and beyond.”

Today, most Atari 2600s are collecting dust in attics or buried in landfills. But some gamers are still able to enjoy the console’s 8-bit graphics and retro music 40 years later.

“I still have my original working Atari 2600 console,” said Konoza of Edmonton. “Sometimes I need a break from playing games with a controller with 14 different buttons, dual analog sticks, and full motion control. Just holding a simple joystick, knowing that I can master a game using one button, brings comfort to me.

“In a complicated world, you need a little dose of simplicity.”