WASHINGTON (CNN) — Winners and losers are the natural consequence of the American legal system. In the Supreme Court, five majority votes among the nine members are enough to fundamentally change lives and legacies.

This week, the high court will likely issue a ruling in perhaps its most important appeal in a dozen years: whether the sweeping health care law championed by President Barack Obama will be tossed out as an unconstitutional exercise of congressional authority.

The stakes cannot be overstated — what the justices decide on a quartet of separate questions will have immediate and long-term impact on every American, not only in the field of medicine but in vast, untold areas of “commerce.” Health care expenditures alone currently make up 18% of the U.S. economy, and the new law promises to significantly expand that share. 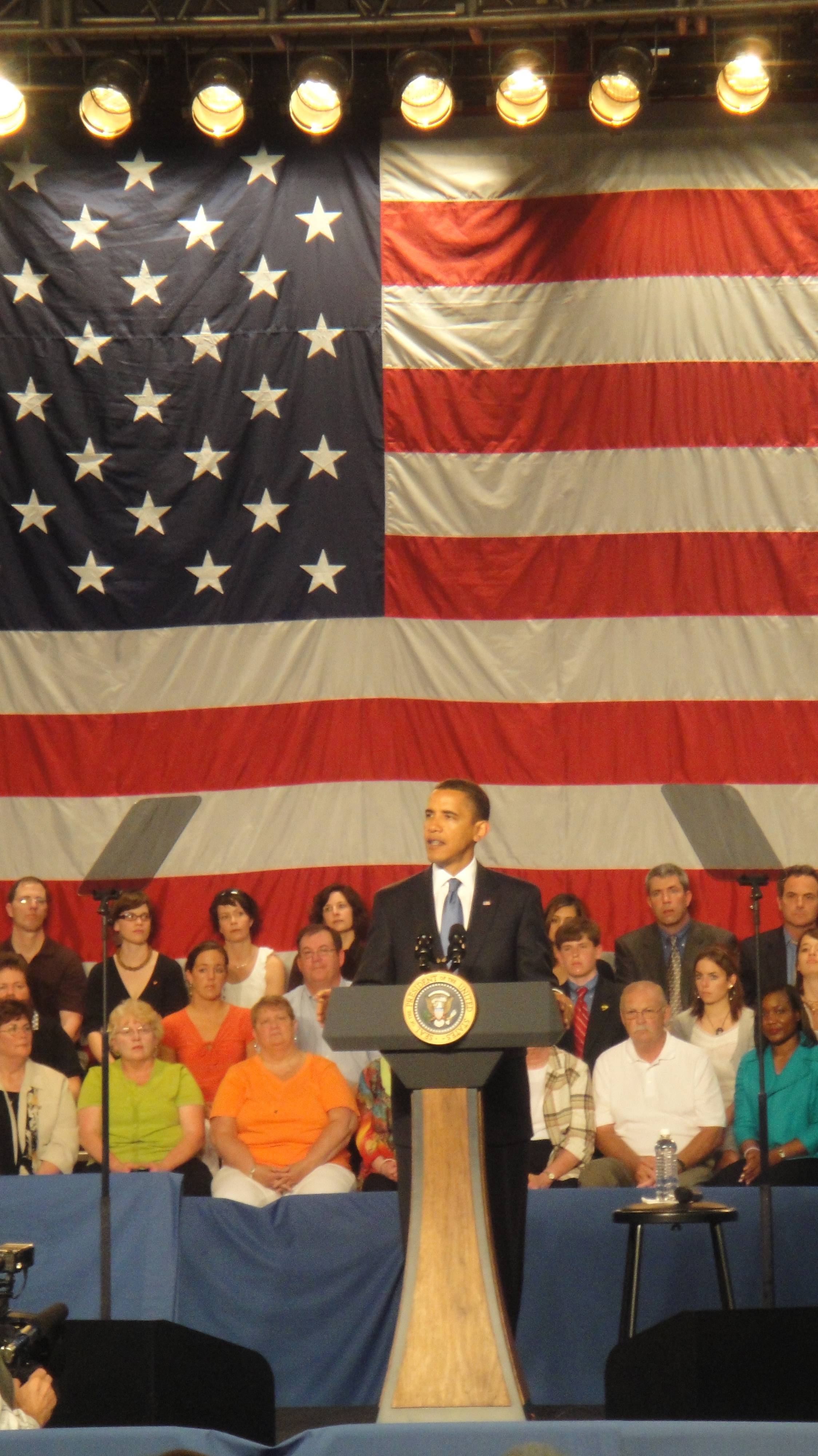 “I think the justices probably came into the argument with their minds made up. They had hundreds of briefs and months to study them,” said Thomas Goldstein, publisher of SCOTUSblog.com and a prominent Washington attorney. “The oral arguments (in March) might have changed their minds around the margin. But we won’t find out until the end of June.”

A century of federal efforts to offer universal health care culminated in the 2010 passage of the Patient Protection and Affordable Care Act. After months of bare-knuckled fights over politics and policy, the legislation signed by Obama reached 2,700 pages, nine major sections and 450-some provisions.

At issue is the constitutionality of the “individual mandate” section — requiring nearly all Americans to buy health insurance by 2014 or face financial penalties.

Twenty-six states in opposition say if that linchpin provision is unconstitutional, the entire law must go. The partisan debate around such a sweeping piece of legislation has encompassed traditional hot-button topics: abortion and contraception funding, state and individual rights, federal deficits, end-of-life care, and the overall economy. The high court now has the final word.

The justices have already secretly voted on the health care cases, as well as a dozen or so other separate appeals. They met privately as a group just days after the late March arguments, voting preliminarily. Individual justices were assigned to write the one or more opinions, as well as separate dissents. Only they and their law clerks know how this will end.

And no one is talking — that’s an unbroken tradition of discretion rare in leak-loving Washington.

“At the Supreme Court, those who know, don’t talk. And those who talk, don’t know,” Justice Ruth Bader Ginsburg said June 15 in a speech at the American Constitution Society convention in Washington.

The court holds fast to an unofficial but self-imposed deadline to have all draft opinions finished by June 1. They are circulated to colleagues, and subsequent dissents and concurrences must be submitted by June 15. Nothing is final until the decision is released to the public. Votes can and do change at the last minute.

The last two weeks are the busiest, most chaotic time. Justices and their law clerks are holed up in chambers, furiously working to frame and craft the final opinions, making sure every fact, every footnote, every legal theory is fully checked and articulated. The nine members know they are writing their legacies with this one issue. The outcome may be disputed, but the constitutional reasoning — at least in their own minds — must be sound.

“Getting themselves organized, identifying the different majorities, getting opinions written and circulated in dissents and concurrences will really test their capabilities in the final days,” Goldstein said.

The opinion-writing exercise is little-known, and the court likes it that way. Consistently predicting the outcome is a time-honored Washington parlor game, but rarely successful.

“Obviously everybody in a case of this magnitude is trying to read tea leaves. I think it’s hard to read tea leaves,” Paul Clement, lawyer for the 26 states opposing the law, told CNN Correspondent Kate Bolduan moments after the last of the cases were argued March 28. “I suppose if half the justices were snoozing through it, that would have been a bad sign for my side of the case. They obviously weren’t snoozing through it.”

The first lawsuits challenging the health care overhaul began just hours after the president signed the legislation two years ago. After a series of reviews in various lower federal courts, the petitions arrived at the high court in November, when the justices decided to review them. Written briefs were filed, oral arguments held.

• Does the law overstep federal authority, particularly with the “individual mandate?”

• Must the entire Patient Protection and Affordable Care Act be scrapped if that key provision is unconstitutional?

• Are the lawsuits brought by the states and other petitioners barred under the Anti-Injunction Act, and must they wait until the entire law goes into effect in 2014?

• Are states being “coerced” by the federal government to expand their share of Medicaid costs and administration, with the risk of losing that funding if they refuse?

Everything hinges on the mandate, also known as the “minimum coverage” or “must-buy” provision. It is the key funding mechanism — the “affordable” aspect of the Patient Protection and Affordable Care Act — that makes most of the other 450 or so provisions possible.

It would require nearly all Americans to buy some form of health insurance beginning in 2014 or face financial penalties. May the federal government, under the Constitution’s Commerce Clause, regulate economic “inactivity”?

The coalition of 26 states led by Florida says individuals cannot be forced to buy insurance, a “product” they may neither want nor need.

The Justice Department has countered that since every American will need medical care at some point in their lives, individuals do not “choose” to participate in the health care market.

Federal officials cite 2008 figures of $43 billion in uncompensated costs from the millions of uninsured people who receive health services, costs that are shifted to insurance companies and passed on to consumers. The law would expand insurance by at least 30 million people, according to government estimates.

As with multiple questions, the justices have multiple options: allowing the mandate to stand or fall; if it falls, keeping all, parts, or none of the rest of the law; issuing a definitive statement on the centuries-long tension between federal and state power; treating health care as a unique aspect of “market” activity, allowing an exception upholding the law; and deciding who will craft the all-important opinions.

“Anyone who says the individual mandate isn’t in any trouble is just deluding themselves,” Goldstein said. “It’s not clear that it will be struck down but you cannot say from those arguments, that it’s anything other than a toss-up. The (Obama) administration had as hard a time from those justices as they could have expected, and they are desperately hoping that they can pull together a fifth vote in favor of the mandate.”

The justices never discuss internal strategy, and the full story of how health care was decided in the marble halls of the court may never be fully known.

The current waiting game has prompted anxiety and a touch of political rancor outside the court.

Legal sources say the White House has quietly set up an informal “war room” of sorts, ready to respond when the rulings are handed down.

Republicans are quietly doing the same, with outreach to conservative activists and candidates. Managing the message will be all-important in a presidential election year.

Publicly, Obama has said he was “confident that the Supreme Court will not take what would be an unprecedented, extraordinary step of overturning a law that was passed by a strong majority of a democratically elected Congress, and I just remind conservative commentators that for years, what we’ve heard is, the biggest problem on the bench was judicial activism or a lack of judicial restraint, that an unelected group of people would somehow overturn a duly constituted and passed law.”

Some conservative critics interpreted those remarks as a challenge to judicial authority, suggesting Obama was putting direct political pressure on the high court. Patrick Leahy, D-Vermont, chairman of the Senate Judiciary Committee, urged the bench — and Chief Justice John Roberts in particular — to “do the right thing” and uphold the mandate.

“I hope they do the right thing and turn this thing down,” Romney told donors earlier this month in Atlanta. “And say it’s unconstitutional, because it is.”

No one doubts the health care cases will have an immediate impact on Obama’s re-election chances, as well as the long-term credibility of the federal courts, which are supposed to be beyond politics.

Recent polling suggests a “legitimacy crisis” in the Third Branch. A New York Times/CBS poll this month shows only 44% of Americans approve of the Supreme Court’s job performance — a steady drop over recent years. Three-quarters of those polled now say the justices are sometimes influenced by their political views.

A separate CNN/ORC International poll released June 8 found a majority — 51% — oppose the health care law in general, most because they think it is “too liberal,” while 13% think it is “not liberal enough;” 43% of those surveyed favor the law.

The key players could be two conservatives on the court: Roberts and Justice Anthony Kennedy, long labeled a “swing” vote.

“With the four more liberal justices almost certain to vote to uphold the individual mandate, the administration is really hoping for the votes of either the chief justice, who signaled that he had questions for both sides,” said Goldstein, “or the traditional swing vote in the court, Anthony Kennedy, who really was tough on the government lawyer but toward the end suggested that maybe insurance was special enough that he could vote to uphold the mandate.”

Roberts has long talked about achieving consensus on divided issues, saying it brings long-term credibility and public confidence to the court’s work. It has been mostly a pipe dream, as his nearly seven years of leadership has shown a continuing 5-4 conservative-liberal split on most hot-button issues.

“The court is bitterly divided over the individual mandate,” Goldstein noted, “so if the administration is going to get his vote, it’s either because he believes in a broad federal power or that he doesn’t believe that the Supreme Court shouldn’t overturn such an incredibly important economic statute.”

Health care will soon enter the history books, among the handful of the high court’s greatest cases, the outcome no doubt monumental — legally, politically, socially. An issue that affects every American will naturally attract that kind of attention.

Picking winners and losers at this stage is a subjective, even partisan, exercise. The court itself will be both cheered and vilified however it rules. But as an institution, it has survived similar crises of confidence over its discretionary authority: slavery, racial integration, corporate power, abortion — even Bush v. Gore.

Rapid-fire reaction to health care will be swift and furious, from the campaign trail, professional punditry, and halls of government. Some individual Americans stand to gain from the decision, others could be hurt — financially, emotionally, and physically.

So why entrust all this in the hands of nine judges?

The Supreme Court usually gets the last word in these matters, regardless of whether one agrees with their decisions — even matters of life and death, which many argue are the stakes in this health care debate.